Pakistani forces have detained several Baloch people, including three children, from Ketch and Awaran districts of Balochistan and transferred them to an unknown location, after which no information has been received about them.

According to sources, the children were taken into custody by the forces and disappeared while they were going to graze cattle.

In addition, the forces also detained Pir Muhammad son of Qadir Bakhsh of Kolwah Shopkol and Badal son of Roshan of Kolwah Godri from Shopkol area of ​​Kolwah, forgetting the military camp at Shopkol and transferred them to an unknown location.

In addition, the Pakistan Army has also arrested more than a dozen people during an operation in Jhal Jhao area of ​​Jhao Tehsil of Awaran and transferred them to a military camp.

However, due to the communication system in the area and the ongoing operation, it has not been possible to identify the missing persons. 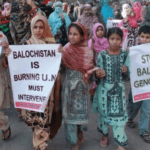 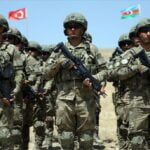