In Zehri Kahn, Khuzdar a polling station located near the local police station was targeted with a hand grenade last night.

Abiding the organisational policy, BLA freedom fighters intentionally kept the intensity of these attacks to the minimum, and attacks were carried out at periods when the polling stations were not busy. These steps were taken to refrain from harming general public.

Like the past elections, the majority of Baloch people boycotted these elections and did not participate. Only a small proportion of the people took part either due to ignorance or because of threats. BLA refrained from targeting the people who took part due to ignorance or any form of coercion. BLA will endeavour to take the idea of Balochistan’s emancipation to such people so that they can realise the fact that the so-called elections can never be the solution of Balochistan’s problems. In fact these will only prolong and augment Balochistan’s occupation. The fetid and corrupt so-called democratic system of occupying state only serves the military and Punjabi elites of Pakistan. Even the general public of Pakistan is not able to benefit from these noxious systems. In such circumstances, how can an occupied territory like Balochistan find solution of its problems in such systems.

In these elections, certain people that are on the payroll of the occupying state were also active. These individuals have intentionally sided with the enemy to further their own personal interests, and are strengthening the enemy’s occupation of Balochistan in the process. In consideration of the general public’s safety, such elements were not targeted. However the names of all these individuals have been duly noted, and they will all be eliminated one by one. 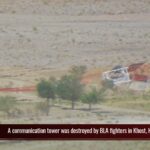 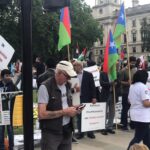