QUETTA: At least five Pakistani security officials have been killed in two attacks in Balochistan’s Kech district on June 29 and 26.

The Baloch Liberation Army in a statement to the media accepted responsibility for the attacks and said that five Pakistani soldiers were killed.

The spokesperson of BLA Azad Baloch said, “The BLA operatives attacked a convoy of the occupying Pakistani army with automatic weapons in the Abdoi area of ​​Zamuran in Ketch, killing four soldiers on the spot.”

He also added that in another similar attack on Sunday, June 26, Baloch fighters targeted Pakistani forces in another location of Abdoi while they were erecting a fence in the border area. One Pakistani army official was killed in Sunday’s attack.

Azad Baloch further said that BLA accepts responsibility for both attacks and pledges to continue such activities until the liberation of occupied Balochistan. 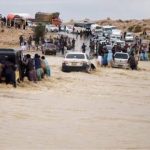