QUETTA: Opposition parties in the Balochistan Assembly have expressed concern over reports of an agreement on the Rekodak project without taking the provincial assembly into confidence, saying that Rekodak and Sendak are the backbone of Balochistan’s resources.

No decision is acceptable without taking the people and elected representatives of Balochistan into confidence. The Balochistan Assembly should be given an in-camera briefing on Rekodak. NP parliamentary leader Malik Naseer Ahmad Shahwani, Chairman Public Accounts Committee Akhtar Hussain Langu along with Mir Younis Aziz Zehri, Ahmad Nawaz Baloch and others while addressing a press conference.

Malik Sikandar Khan Advocate said that the opposition has raised the issues of the people on all platforms and has opposed every unconstitutional and legal action but has also condemned and opposed the illegal measures in the assembly.

It is learned that attempts are being made to deprive the people of the resources of Rekodak project. Rekodak and Sendak are the backbone of Balochistan’s resources. Its deprivation is cruelty to the people. The parliamentary committee on Sendak has not come to any significant conclusion. We demand that these in-camera briefings be given to the Balochistan Assembly regarding the Rekodak project so that the situation becomes clear.

Allah Almighty has enriched the land of Balochistan with minerals. No decision regarding Rekodak will be accepted at the federal level. In this regard, in-camera briefing should be given to Balochistan Assembly. Akhtar Hussain Langu said that a decision regarding Rekodak project is being taken in Islamabad tomorrow. The Chief Minister of Balochistan used to take the Provincial Assembly into confidence but unfortunately once again the rights of the people are being robbed. In this regard, a resolution has been submitted in the assembly and will also be referred to the court. No decision will be accepted without the consent of the people of Balochistan. Mir Younis Aziz Zehri said that the record issue would be raised on the Assembly floor. The Balochistan Assembly should be taken into confidence. All decisions in the interest of the people are acceptable, but such decisions will not be accepted in Islamabad, leaving the 18th Amendment behind. Answering the questions of the journalists, Malik Sikandar Khan Advocate, Malik Naseer Ahmad Shahwani, Akhtar Hussain Langu said that some provisions of the 18th Amendment are not being implemented properly. Should be placed before the Provincial Assembly and then it should be agreed upon. We have supported Abdul Qaddos Bizenjo for the no-confidence motion and political stability. We have not entered into an agreement with Mir Abdul Qaddos Bizenjo to allow him to sell the resources of Balochistan. We will strongly oppose this. If there is an agreement without trust, we will condemn it. We will oppose those who go against the interests of Balochistan. We will also raise our voice in the assembly including public gatherings. 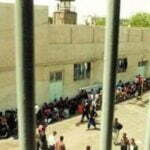 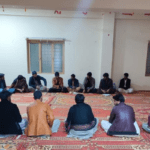