Addressing the meeting, Rafiq Baloch, a member of the Central Committee, said that the Baloch Students Action Committee since its inception has been aimed at developing the consciousness of Baloch students on an institutional basis by promoting institutional attitudes. Can highlight the importance. Today, we can certainly say with pride that due to the conscious struggle of Basak’s colleagues, we have succeeded to some extent in inculcating institutional attitudes in Baloch society, but We need to continue to work hard to promote it. The main reason for this is that societies can only move forward on an institutional basis, be they political institutions, or social institutions.

Today, at this crucial juncture in history, a lot of responsibilities are placed on the shoulders of the youth. The struggle to travel as a student needs to be intensified. Today, Baloch society is deprived of all basic human amenities. Education and health are two basic necessities that are necessary to sustain human lives, but the state of education in Balochistan is obvious to all. The forcible disappearance of students from educational institutions, or the struggle for their recovery, on the other hand, the closure of hospitals across the province for the last several weeks and the constant harassment of young doctors is a matter of concern. Institutions are already numbered and their protest lockout and government indifference is making the people here more confused.

Addressing the gathering, he said that we must continue our struggle for the awareness of our youth. And practical steps will have to be taken to make the educational institutions here functional, including highlighting their problems. 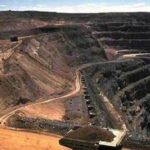 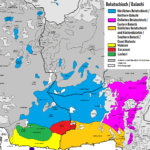