The Pakistani troops were seen advancing through Bolan and its environs in large numbers, thus raising the prospects of a possible military operation.

According to eyewitnesses, large convoys of the military have been arriving in Machh for the past few days. On Monday morning, the forces were seen advancing through the Bibi Nani area and other adjacent areas. A large-scale operation is suspected in the region.

The areas in question have seen numerous military operations in the past few years. Bolan and its surrounding areas have been the bastion of Baloch insurgency – Baloch “pro-independence” fighters have a significant presence in the mountains in the area. The Pakistani forces are often targeted in the said areas by the Baloch insurgents which have caused significant loss of lives, ordnances and resources. In many attacks, the insurgents have captured the entire basis.

The Pakistani forces carried out military operations to tackle the insurgency but to no avail. If anything, the operations have further fanned the fires of hatred among locals against the army. The Pakistani forces are known to carry out human rights violations during such raids: “they have looted houses, stolen cattle, burnt down crops and beaten innocent civilians.” The forces have also reportedly lit entire civilian settlements on fire and bombarded several houses via gunship helicopters. 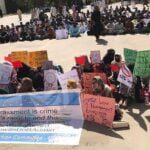 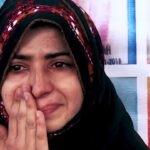