Balochistan Liberation Front spokesman Major Gahram Baloch said that at around 7.30 pm on Saturday, militants opened fire on a Pakistani army post in front of Park Hotel in Turbat, the main town of Ketch, injuring one officer and later killing him in hospital. Has gone

He said that on Friday evening, December 17, at Hub check post, the employees attacked the machinery of Attock Cement Company and set fire to a loader and an excavator. This cement factory has been using Balochistan’s rocks and other resources for many years to manufacture cement and export it to Pakistan and China. Another transport company provides it with raw materials, including limestone. These are exploitative schemes in Balochistan. Baloch people stay away from them.

The spokesman said that they would continue to be attacked till the independence of Balochistan. 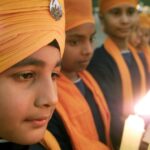 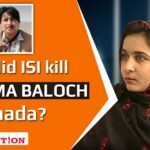