The main spokesperson of Baloch National Movement paid homage to Shaheed Karima Baloch, former chairperson of Baloch Students Organization Azad and leader of Baloch National Movement on the occasion of her first anniversary and said that such personalities are born in centuries who Give a new lease of life by transforming movements and societies. Shaheed Karima Baloch is one of them. He spent his life in the struggle against national slavery and gave a new lease of life to Baloch society. Shaheed conveyed the message of Baloch National Movement to the people with great courage. He visited the corners of Balochistan, endured thousands of hardships and sufferings but instead of losing his resolve and perseverance, more energy was generated and he was introduced as a political leader in a very short time.

The spokesman said that the state of Pakistan had committed a heinous act of barbarism against Karima Baloch. In addition to the arrests, enforced disappearances and testimonies of political friends and relatives, his family was targeted. His uncle Noor Ahmed was martyred and his house was attacked several times. The enemy, with its senseless actions, was thinking that the bank would repent of its struggle in awe of these atrocities. But the great Karima turned out to be much braver than the enemy’s estimates. Not only in the homeland but also in exile, Baloch continued to raise effective voice for national liberation in the world. Pakistan had given a clear message that we can silence them there through our people but the Karima Baloch was more interested in the national movement than its own life. Instead of silence, he raised his voice for Baloch national liberation in every forum. This was unacceptable to the enemy. They took our Karima Baloch breath away from us. But the life that was ended in Canada is still alive today in the heartbeat and blood flow of Baloch and oppressed people in Balochistan and around the world.

He said that even after the assassination of Karima Baloch, the enemy did not stop its brutality. By obstructing the abduction and burial of his body and depriving thousands of people from Balochistan and Sindh of his last visit at gunpoint, Pakistan proved how helpless, cowardly and inhumane the enemy of Baloch fell. Has happened But Karima had taught this lesson to every Baloch in her life that the defeat of the enemy lies in their brutality and barbarism.

The spokesperson said that Karima loved the land and its soil immensely. She could not see her land in the dark. As long as she was here, she was engaged in the struggle against darkness day and night. When the organization advised him to take a bitter sip of exile, he raised the awareness of the national right to freedom even abroad. Slavery is darkness. Terrible darkness Karima Baloch, a fanatic of light, sacrificed her life against this darkness and for the sake of enlightenment. Undoubtedly, they are the “region of Balochistan”.

The spokesperson said that the role she played for the revolutionary change in the Baloch society, today because of these revolutionary changes, Baloch women are becoming part of the struggle by throwing off the colonial shackles. They are spreading their diffused light further, which keeps the occupying forces in awe.

At the end of his statement, the spokesperson said that the focus of Karima’s life and struggle was for the welfare and freedom of the Baloch people. His life is an example for everyone living in Baloch society. Considering the political services and sacrifices of Karima Baloch, the Baloch  Students’ Organization has declared the day of her martyrdom as “Baloch Women’s Day”. This is their glory. The party supports the decision of BSO Azad. 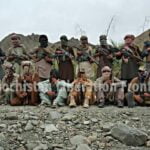 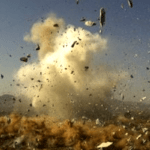