Introduction / History
The Southern Baluch of the U.A.E. are part of a larger Baluch community of several million. Their homeland lies in the southern areas of Baluchistan and Sind Provinces in southern Pakistan. They began migrating to the Arab lands 70 years ago when oil was discovered there. Their name, “Baluch,” is shrouded in controversy. Some say it means “nomad,” while others claim that it means “the cock’s crest.” Some have traced their origins to Nimrod, son of Cush (Noah’s grandson). While some things are uncertain, we do know that they first moved to the region in the twelfth century. It was during the Mogul period that their territory became known as Baluchistan.

Despite the disrupted contact with their homeland, the Baluch in the U.A.E. have kept their ethnic and linguistic distinctions. The various Baluch groups speak different languages, each with distinguishing traits. These languages have been classified as Eastern, Western, or Southern Baluchi.

What are their lives like?
The United Arab Emirates is a confederation of seven kingdoms, or emirates, which united in 1971. Located on the eastern Arabian peninsula, the emirates are linked by a common dependence on oil revenues. Most of the people of the U.A.E. are tribal Arabs who have lived in the region for centuries. Rivalries among the tribes have made it difficult to establish a unified nation. Before the mid-1900s, the region was one of the most underdeveloped in the world. However, with the discovery of oil in the late 1950s came sudden wealth, and modern industries and cities were developed. By the 1970s, the U.A.E. had one of the highest per capita incomes in the world.

The U.A.E. is largely urbanized, and the Southern Baluch have been able to find work as unskilled laborers, policemen, or fishermen. Other Baluch have joined the military. Still others labor in the oil fields and on the farms of the wealthy Gulf States. Although the Baluch work extremely hard, they are much better off than they were in Baluchistan, one of the poorest areas of the world. The Southern Baluch in the U.A.E. speak and dress much like Arabs, but they live in separate Baluch communities.

The traditional Baluch economy is based on a combination of farming and semi-nomadic herding. While survival techniques may vary, each community tries to keep a wide variety of animals and grows many different crops.

Baluchmayar is the honor code by which the Baluch live. Principles such as extending hospitality and mercy, dealing with one another honestly, and offering refuge to strangers are very important. These beliefs are preserved through both songs and poetry. Children learn how to behave by watching their elders and are teased if they misbehave.

What are their beliefs?
Although the Baluch are a scattered people, they all follow Islam. Most are Sunni Muslims, but underneath their Islamic faith is a strong undercurrent of animism (belief that non-human objects have spirits). Prior to the coming of Islam, the Baluch were probably followers of Zoroastrianism, an ancient Persian religion. Because of the mixture of old religions with Islam, the Baluch tend to be less devout than the more orthodox Arabs. 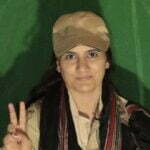