Introduction / History
The Western Baluch of Turkmenistan are part of a much larger population of Baluch numbering several million. Their homeland straddles the borders of Iran and Pakistan, with a majority living in Pakistan.

The various Baluch groups are distinguishable by their languages. These languages have been divided into three branches: Eastern, Western, and Southern Baluchi – each of which are distinct from the others. Baluchi belongs to the Indo-Iranic language family, and is related to Kurdish. 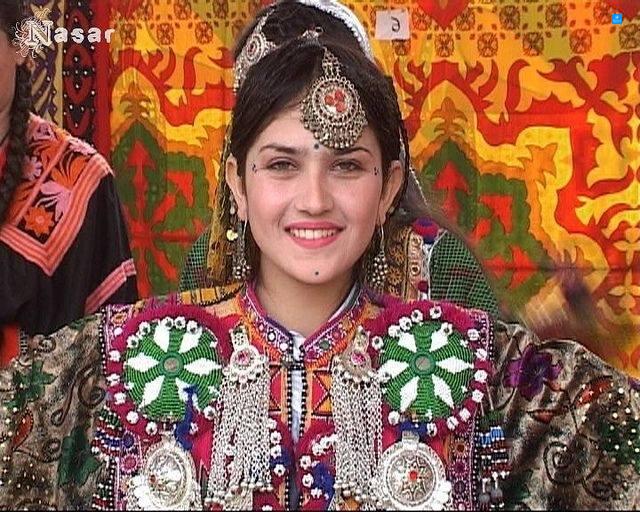 What are their lives like?
According to historians, this high and arid region was once a thickly populated area watered by many perennial rivers. Today, it is a desolate, infertile area of rocky mountains, dry river valleys, and semi-desert plains. Rainfall is low, unreliable, and the hills have few trees. However, when rain comes or the snow melts, the dry river beds become raging torrents and the brown, arid landscape turns green once again.

The Baluch traditionally earn their living by a combination of farming and semi-nomadic shepherding. They usually raise sheep, cattle, or goats. Agriculture is limited because of the harsh climate; nevertheless, it plays a large role in the economy. The chief crop is wheat. To aid in the household economy, some farmers raise chickens. They also depend on wild fruits and vegetables. One wild plant, called the dwarf palm, is used as a dietary supplement. The meat of the palm is eaten, and the leaves are used to make ropes, shoes, mats, and tents. Though their survival techniques may vary, each community tries to keep a wide variety of animals and grow many different crops. If the local economy does not provide adequate job opportunities, the young men often move to the cities in search of work.

Village settlements are clusters of mud houses, loosely organized around the home of the local chief. They live in these permanent mountain and valley settlements in the summertime. However, in winter, they migrate to the plains and coastal areas, seeking green grass for their livestock. During this time, they live in tents, and move freely across the landscape as weather conditions dictate. These temporary settlements are smaller, consisting of closely related kin.

Within the family, the entire household is responsible for tending the family’s herd. Women work in groups, threshing and separating the harvest; while plowing and planting are done by the men. Traditionally, land is not privately owned but belongs to the whole tribe.

What are their beliefs?
The Baluch are Sunni Muslims. Their religious practices remain private, and there is no concept of a “state religion.” All forms of secular authority are separated from the spiritual authority held by religious leaders.

What are their needs?
The Baluchs have been isolated for many years due to Turkmenistan’s harsh climate, the difficulty of communicating in mountainous terrain, and their former reputation as bandits. Since the governments of Iran, Afghanistan, and Pakistan all have a share in Baluchistan’s welfare, they have begun building roads and developing agriculture programs. However, the Baluch have remained largely unaffected by these developmental changes.

Very little missions work is taking place among the Western Baluch of Turkmenistan.