Zāhedān, city and capital of Sīstān va Balūchestān province, southeastern Iran, near the borders of Afghanistan and Pakistan. It is situated about 225 miles (360 km) southeast of Kermān in an arid zone, at an elevation of 4,435 feet (1,352 metres). The population comprises Shīʿite Muslim Persians and Sunnite Muslim Baluchs. Zāhedān is one of the less economically developed cities in Iran; local industry produces bricks, milled rice, livestock feed, processed foods, mats and baskets, embroidered articles, and ceramics.

Strategically located along routes linking Central Asia and Makran sea ports , Persian Gulf to the south, the city has benefited from regional trade. It has also become an entrepôt for narcotics trafficking and other criminal enterprises across international borders. Roads link it with the Balochistan cities of Zābol, Īrānshahr, Sarbaz, Chāh Bahār, and Sarārān and with points in Afghanistan and Pakistan. It is the terminus of a rail line connecting two Western Balochistan with Quetta, Capital of eastern Balochistan. Construction began in the mid-1990s on a new line to Kermān to link Europe and the Indian subcontinent. The city also has an international airport. Notable historic buildings include a ruined citadel, in the centre of the city, and the Friday Mosque (Masjid-e Joṃeh). Pop. (2006) 567,449.

Quetta, also spelled Kuttah, city, district, and division of Balochistan province, in Pakistan. The name is a variation of Shāl, a Baluchi word and the city is still locally known by its ancient name of Shāl or Shālkot. 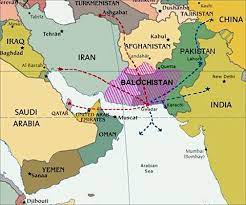 communications centre at the north end of the Shāl Valley about 5,500 feet (1,675 metres) above sea level. It is the southernmost point in a line of frontier posts and in the system of strategic roads and railways near the northwest (Afghanistan) border. Commanding the Bolān and Khojak passes, Quetta was occupied by the British in 1876; a residency was founded by Sir Robert Sandeman, and the town developed around its strongly garrisoned army station. Incorporated as a municipality in 1896, its Army Command and Staff College was opened in 1907. A violent earthquake partially destroyed the city in May 1935, with a loss of 20,000 lives. Now a market centre for western Afghanistan, North Western Balochistan in Iran, and part of Central Asia, its industries include cotton mills, a sulfur refinery, coke briquetting plants, a thermal power station, and fruit canneries. The city is the site of a geophysical institute, the Geological Survey of Pakistan, Sandeman Library, and two government colleges affiliated with the University of Peshawar. The University of Balochistan was established at Quetta in 1970. The city is also an important summer resort.

Quetta district is bounded to the north by Pishīn district, to the west by Afghanistan, to the east by Ziārat and Harnāi districts, and to the south by Mastung and Nūshki districts. Quetta district, whose area has been reduced by the government as the population has grown, is geographically small compared with other districts in the province. Physically, it is mostly composed of valleys 1,400–1,700 metres (4,500–5,500 feet) above sea level, but its western edge lies along the foothills of the Central Baluch and Brāhui range.

Quetta division, first constituted in 1955 and reorganized several times, comprises the districts Quetta, Pishīn, and Qilla Abdullah. It is bounded to the east by Zhob division and to the north by the Toba Kākar Range, separating it from Afghanistan. South of Chaman (near the Afghan border) are the Khawaja Amran and Sarlath ranges. Across the former lies the famous Khojak Pass, with the Shelabāgh railway tunnel piercing 4 km (2.5 miles) of solid rock. The Pishīn Lora is the chief river. The climate is dry and temperate and suitable for valley cultivation of grapes, peaches, plums, apricots, apples, almonds, pears, and pomegranates. Wheat, barley, and corn (maize) are common crops; juniper and pistachio forests abound. Horse breeding is widespread. Felts, rugs, silk embroidery, and copper vessels are local handicrafts. Pop. (2017) city, 1,001,205; district, 2,275,699; division, 3,769,758. 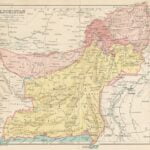 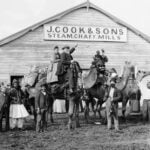