Balochistan Liberation Front spokesman Major Gahram Baloch has said that the puppet Chief Minister of Occupied Balochistan Mir Abdul Qaddos Bizenjo has claimed in a recent interview with Arab News that he is a negotiating table for Baloch freedom fighters including BLF. Is in direct contact with them to bring on. The BLF completely refutes this claim of Qudus Bizenjo as a white lie.

Major Gahram Baloch has said that our state has no direct or indirect contact with Pakistan and its puppets.

He further said that the great sacrifices of the Baloch nation were for the independence of Balochistan and it was not within the purview of puppets like Qudus Bizenjo to negotiate the independence agenda, make any agreement and implement it.

Major Gahram Baloch said that it is not only ridiculous to think of a small share with Pakistan occupying its own national resources but it seems to be an insult to the great sacrifices of the Baloch nation. Holy Bizenjo is appeasing his military masters by making such false claims. 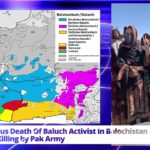 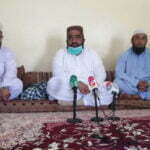