A spokesman for the Baloch Women’s Forum said in a statement that students of Sardar Bahadur Khan University have been facing educational and administrative difficulties for a long time. The spokesperson clarified that the forum has been receiving complaints from students for a long time in which the students have said that feudalism and racial discrimination is taking place in the university and the attitude of the university administration towards the students. At the same time, there is immorality due to which students are becoming victims of mental illness.

The spokesman said that according to the students, if the attention of the university administration is directed towards solving the problems, the students are not only threatened to fail but also expelled from the university.

The spokesperson further said that the students are also facing difficulties in the hostel of the university, water, gas and food are also substandard. The students said that there is almost no gas facility in the hostel and the university has scheduled the examinations in January for which the students had jointly written to the VC requesting them to hold the examinations in December but the VC refused. Refused to listen

The spokesman said that students from all over Balochistan have boycotted educational activities for the two students of University of Balochistan who have gone missing from their hostel and students of Sardar Bahadur Khan Women’s University have also boycotted classes for the recovery of students. But according to the students, the university administration is forcing them to take classes, which is illegal.

A spokesperson for the Baloch Women’s Forum said that despite the fact that the academic standards of the university have already been declared substandard by the HEC, mistreatment of students would lead the institution to further crisis. 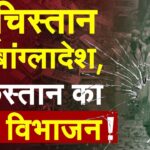 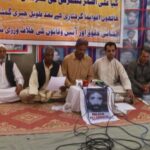