Taliban Attacks on Homes of Baloch Refugees in Afghanistan

Abdul Ghani Bangalzai, a Baloch refugee living in the heart of Kandahar city after the Taliban took control of Afghanistan, told TBP about the plight of Baloch refugees in Afghanistan: “A few days ago, dozens of armed Taliban fighters entered our house. And ordered the house to be vacated. Maulvi Naseeb Kamran, a Taliban leader, seized a vehicle from our house and took it with him, and even now, after evicting us, our house has been turned into a hideout by dozens of Taliban. ”

Following an agreement reached between the Taliban and the United States in Qatar, the Taliban quickly seized control of all major cities in Afghanistan, entering the Afghan capital, Kabul, on August 15, just three weeks before the agreement’s deadline. Due to which the government fell, Afghan President Ashraf Ghani had to leave the country in a hurry and the Taliban announced the establishment of the Islamic Emirate. At the same time, America’s two-decade-long costly war in Afghanistan came to an end.

Heavy-armed Taliban fighters began appearing everywhere in the capital, Kabul, taking control of everything from the empty presidential palace to the traffic system. For a week, there was a stampede at Kabul airport, with helicopters and planes constantly evacuating US troops and US military aides who had escaped flight. There were several deaths in the shootings and the escape from the planes. 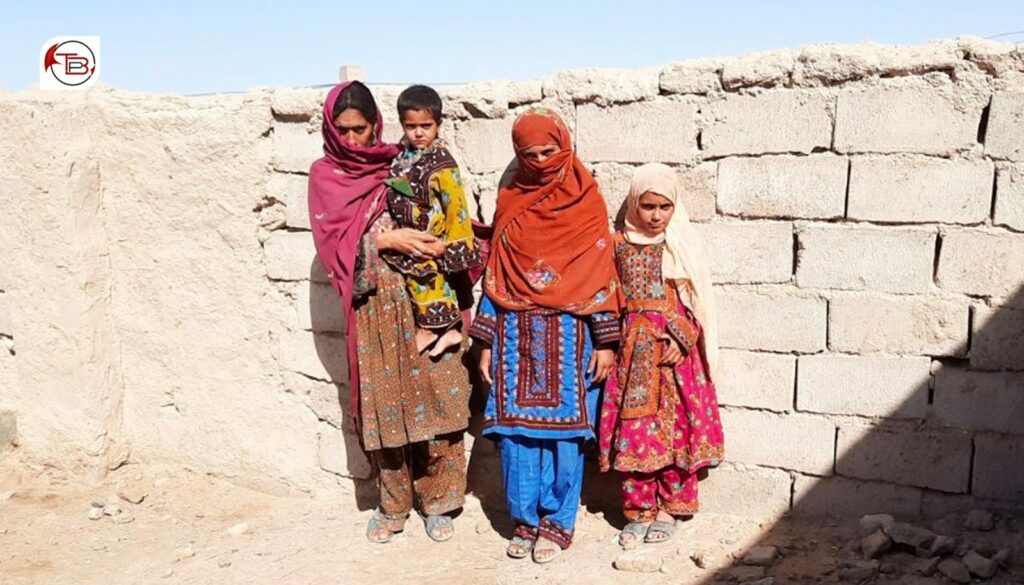 One serious issue that has so far been ignored by the international media and international human rights organizations is the issue of Baloch refugees in Afghanistan. For the past two decades, due to the war between the Baloch liberation armed groups and the Pakistani army and intense military operations, large numbers of Baloch have migrated and are now living as refugees in Afghanistan. According to a report by the Human Rights Commission of Pakistan, in the 2006 military operation alone, more than 50,000 people were forced to migrate from the districts of Dera Bugti and Kohlu in Balochistan alone.

There is no mechanism to register Baloch refugees in Afghanistan, but according to a conservative estimate, at least more than 7,000 families are currently taking refuge in different provinces of Afghanistan due to the military operation, at least in different parts of Balochistan.

When operations intensified in Balochistan in the 1970s, about 80,000 Baloch migrated to Afghanistan and were forced to live as refugees. But after the Taliban took control of Afghanistan in the 1990s, attacks on these Baloch refugees began on a daily basis. Due to which he had to return at the risk of his life. Now, given the historical background and the alleged close ties between the Taliban and the Pakistani military, Baloch refugees in Afghanistan are once again concerned about their safety.

The Taliban have launched a series of raids on the homes of Baloch refugees in the southern province of Kandahar after their occupation of Afghanistan. Are occupied. In addition, after raids and searches on five other houses, 4 vehicles have been taken away. 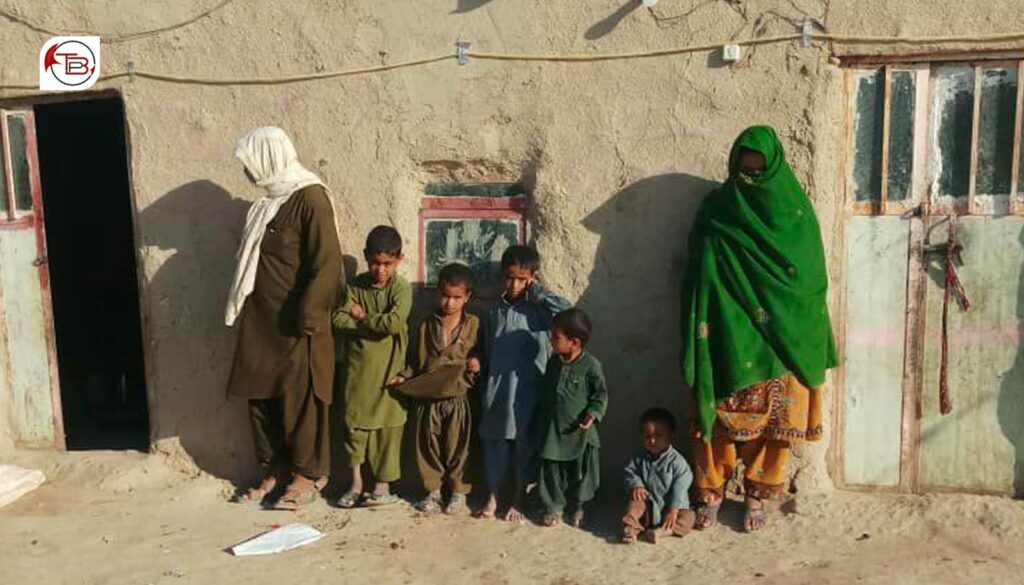 Abdul Wali Murree, a refugee living in Takht-e-Pul district of Kandahar, told TBP: Asked who sent you guys, they identified themselves as Maulvi Khalil’s friends and also gave us a WhatsApp number for contact which is the number of Ufone company of Pakistan and said you guys Maulvi Khalil. Contact us and get out of Kandahar province as soon as possible. ”

The TBP spoke to another Baloch refugee, Haji Muhammad Jan Baloch, about the situation. He said, He took it with him. ”

In this regard, we contacted the chairman of the Baloch National Movement, Khalil Baloch, and tried to find out his position. He said, “Currently, the largest number of Baloch refugees are living in Afghanistan. Where they are already facing a number of difficulties, including the lack of assistance from international organizations and the Afghan state, the lack of basic services and security. Now the arrival of the Taliban has added to their difficulties and uncertainty. ”

He added: “In Kandahar, the second largest city in Afghanistan, armed men who are introducing themselves as the Afghan Taliban have launched a systematic crackdown on regular Baloch refugees. Armed Taliban are evicting women and children from their homes, harassing people and looting property. These armed men have seized at least four vehicles, among other things. ”

Khalil Baloch described the situation as “very serious and unexpected” because the Baloch refugees are guests of the Afghan nation, whose protection is Afghanistan’s national responsibility. Much can be changed in the world. Neighbors cannot be changed. The Baloch and the Afghan people have had fraternal relations for centuries, which some forces have tried to damage, but these relations have stood the test of time. ” 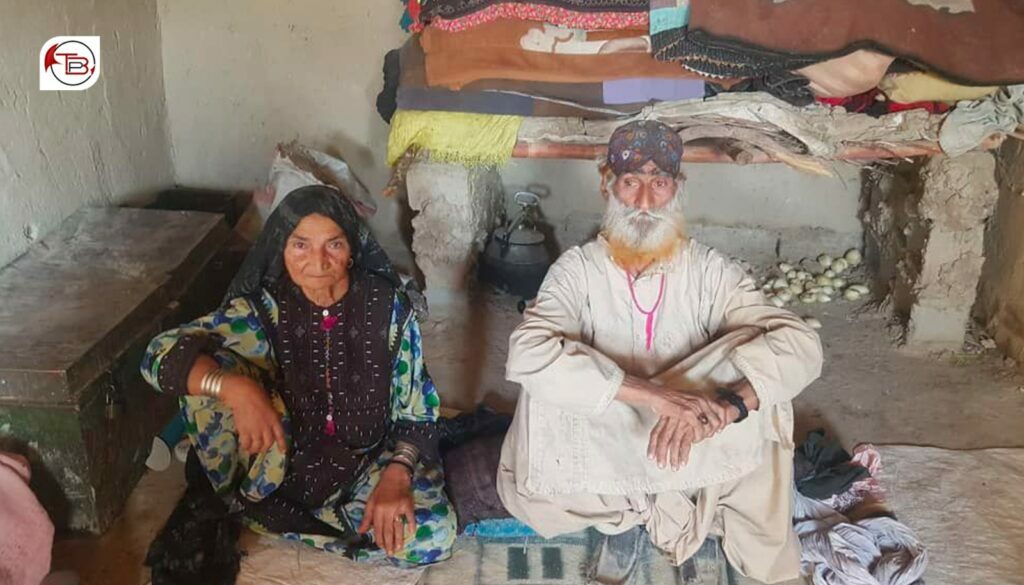 Speaking to TBP on the current situation in Afghanistan, Bahoot Baloch, a journalist from Balochistan, said: “This is a very inappropriate, un-Islamic and inhumane act. It is important for the Taliban leadership to stop the elements that are trying to create misunderstandings and distances between the two brotherly nations and their neighbors.”

“Harassment of Baloch refugees in Afghanistan could cause problems for Afghan refugees in Balochistan and Sindh,” he added.

Has the Taliban really changed after two decades of war or will their attitude towards Baloch refugees remain the same as it was in the 1990s? The answer to this question may come in the near future, but in the current chaos in Afghanistan, the serious problem of Baloch refugees should not be ignored and it should be clear that the real responsibility for the protection of Baloch refugees lies with the UNHCR. ۔ 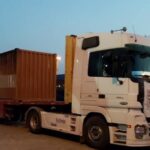 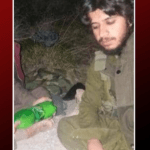