Freedom fighters of the Baloch Liberation Army targeted a personnel carrier vehicle of the Pakistani military in Bulaida, Kech. The vehicle, which was part of a military convoy, was totally destroyed in the IED attack. Four enemy personnel were killed and three more were injured in the attack.

The injured and dead were heli evacuated by two enemy choppers.

In another attack on 12th May in Karmo Wadh Sibbi, an outpost of occupying forces was targeted by BLA freedom fighters. The enemy forces suffered heavy losses in the attack.

BLA will continue to target enemy forces until they fully withdraw from Balochistan. 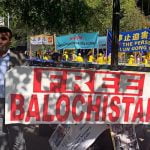 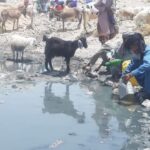