If reports that casualties in Galwan were at least ten times higher than admitted by the Chinese was a newsmaker, look to the west for a mirror example.

It seems the Pakistan-China relationship is even closer than thought of, as the one parades a Galwan ‘hero’ at the prelude to the Olympic games, and Prime Minister Imran Khan lauds the fallen soldiers while quietly skirting the facts.

As Baloch militants attacked their tormentors in two separate incidents, the Pakistanis were not only contradicting themselves on the number of casualties, but completely at odds with clear ground reporting that the attacks had been very severe indeed.

Soldiers everywhere should not be blamed or condemned for such operations. Indeed, the image of a young captain killed in the attack of the Baloch Liberation Army, evokes only the sadness of a life cut short, that too, by fighting his own compatriots, at least according to the meaning of Islamabad Geography.

The Baloch Liberation Army which claimed responsibility for the attacks views the Punjabi army as an outsider and, in fact, has been fighting for independence since the establishment of Pakistan itself. The story of how the Baluchis were tricked into joining the Pakistani state has been told elsewhere.

But, what is evident is that its people, whose tribes have unfortunately fought each other in the past, now have a strong ethnic identity reinforced by the various operations launched by the Pakistani army. Simply put, the more they fight, the more they bond. Moreover, it is a question of pure and simple survival. With the Chinese all but in possession of vast swathes of rich fishing land in Gwadarnow, equally rich real estate, and Pakistani security forces uplifting thousands of Baloch youths and making them disappear, there is not much choice left. 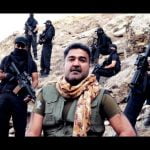 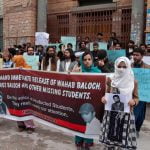