SOURCES FROM QUETTA/KARACHI: The Pakistani military said on Thursday its intelligence had linked recent twin attacks on Frontier Corps bases in the southwestern Balochistan province to handlers in India and Afghanistan.

The attacks in Panjgur and Naushki that killed at least 100 troops on Wednesday night were claimed by the separatist Balochistan Liberation Army.

Pakistan has been for years accusing India of covertly supporting the insurgents. India denies the claims.

“As per initial investigation, intelligence agencies have intercepted communications between terrorists and their handlers in Afghanistan and India,” the Pakistani military said in a statement.

Security Forces carried out clearance operation to hunt down BLA hiding in the area.”

It said 13 militants had been killed during a security operation following the attack.

Local authorities said the operation was still underway in Panjgur.

“Security forces are conducting search operations right now in different pockets of the city where they believe terrorists may be present,” Shabbir Mengal, commissioner of the Makran division, told Arab News.

Ghulam Mustafa of the Balochistan Levies Force said the forces had blocked the roads leading toward the army’s compound, as a curfew was in place.

“We are still hearing gunfire from inside the Frontier Corps’ headquarters sporadically,” he added.

Police in Naushki also said a complete curfew had been imposed in the city.

Station House Officer Khalid Badini told Arab News he had heard explosions this morning while a clearance operation was conducted inside the Frontier Corps’ headquarters. He said one civilian was killed during Wednesday’s attack.

Insurgents are also opposed to, and attack, projects linked to China’s Belt and Road Initiative in the resource-rich province.

The US in 2019 classified the Balochistan Liberation Army as a terrorist group. 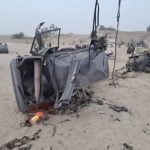 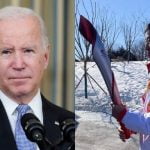