Previous Next
Baloch Liberation Army claims to have killed over 100 Pakistani soldiers in Balochistan,

On Thursday, the Balochistan Liberation Army (BLA) attacked two posts in Pakistan’s southwest province neutralizing more than 100 Pakistani persons and destroying a large part of their camps. The attack took place late on Wednesday in Panjgur and Nushki in Balochistan province.

The attacks took place late on Wednesday, targeting two paramilitary posts in the towns of Panjgur and Naushki. The BLA issued an official statement confirming that the major parts of both the camps were still under their control. “Baloch fidayees have so far killed more than 100 enemy personnel. Large parts of camps are completely destroyed. Backup troops have arrived for the enemy forces, however, they have failed to weaken fidayee positions inside the camp,” the statement read.

Habib Khan on Twitter: “Statement from Baloch Liberation Army says that the group has killed more than 100 Pakistani soldiers during attacks on military bases in Panjgur and Nushki of occupied Baluchistan. #BLA pic.twitter.com/UbV7SaaCDY / Twitter”

Statement from Baloch Liberation Army says that the group has killed more than 100 Pakistani soldiers during attacks on military bases in Panjgur and Nushki of occupied Baluchistan. #BLA pic.twitter.com/UbV7SaaCDY 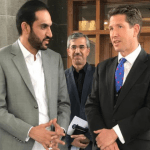 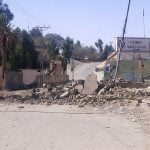