Political prisoner Esmail Namazi has been imprisoned for two years in the Prison of Behbahan on the charge of “propaganda against the state.”

Esmail Namazi, from Behbahan, has a Ph.D. in agriculture. He was arrested in July 2020 and released on bail after his interrogations were completed. He subsequently received a jail sentence for two years for disseminating “propaganda against the state.”

In mid September 2021, the authorities of the Prison of Behbahan summoned him to serve his sentence of two years.

In violation of the principle of separation of crimes, political prisoner Esmail Namazi is presently detained alongside orindary prisoners in the Prison of Behbahan.

Behbahan is one of the cities of the oil-rich Khuzestan Province in southwestern Iran. Many political activists and young protesters have been arrested in various cities and no information is available on their fates.

The clerical regime’s Intelligence Ministry has threatened many families to maintain silence over the detention of their members.

The Iran Human Rights Monitor urges all families send the information on the arrest of their loved ones to human rights organizations. In this way, they can reduce the pressure the Intelligence Ministry exerts on prisoners. 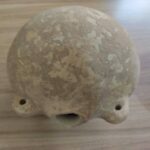 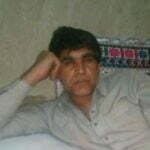