The relics, estimated to date back to the Iron Age, have been unearthed in the historical sites in the west of the country, a senior police official in charge of protecting cultural heritage said on Saturday, CHTN reported.

Under the guise of medicine, historical relics entered Zahedan and were probably to depart from the country via Pakistan, Reza Keikhah Aria announced.

Home to almost half of Iran’s UNESCO sites, western Iran is a land of hospitable people, wild extremes, and wilder history, and it may be an independent traveler’s adventure playground. The region also witnessed the rise and fall of many great empires once bordering Mesopotamia, Ottoman Turkey, and Czarist Russia.

From the fecund Caspian coast to the stark, mountainous northern borders, and the crumbling desert ruins of the southern plains, the region hosts everything from paddy fields to blizzards to Persian gardens.

Iron Age is in fact final technological and cultural stage in the Stone–Bronze–Iron Age sequence. The date of the full Iron Age, in which this metal, for the most part, replaced bronze in implements and weapons, varied geographically, beginning in the Middle East and southeastern Europe about 1200 BC but in China not until about 600 BC, according to the Encyclopedia Britannica.

Although in West Asia iron had limited use as a scarce and precious metal as early as 3000 BC, there is no indication that people at that time recognized its superior qualities over those of bronze. 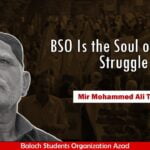