At least 40 children have been killed by Iranian security forces since a new wave of public anger erupted following the September 16 death of a young woman in the custody of morality police, according to human rights organizations.

Children are entitled to the same human rights and fundamental freedoms as all individuals, but they have been given special status and protection – due to their greater vulnerability — within the United Nations framework and in human rights treaties that makes it mandatory for states to ensure their protection.

Violations of children’s rights by states actors are considered particularly serious. Killing and maiming children in times of conflict is one of the six grave violations identified and condemned by the UN Security Council.

The dozens of Iranian children killed over the past weeks were among the more than 300 people slain in the state crackdown on protests, which could amount to a widespread and systematic attack on the civilian population – a crime against humanity. The prohibition of crimes against humanity has been considered a peremptory norm of international law, from which no derogation is permitted and which is applicable to all states.

Murder and torture constitute a crime against humanity “when committed as part of a widespread or systematic attack directed against any civilian population, with knowledge of the attack,” according to Article 7 of the 1998 Rome Statute establishing the International Criminal Court.

IranWire has so far published the names of 190 people killed in the protests since September 16, including 39 under-18s representing more than 20 percent of the identified victims. IranWire has obtained information about more children killed by security forces and will publish it after identifying the victims.

Most of the children were killed in three ways: pellets fired at close range; shooting with long-range and precision weapons that hit vital organs; multiple baton blows to the head resulting in skull fractures and brain bleedings.

In many cases the security forces deliberately intended to kill underage boys and girls, the most vulnerable group among civilians.

The Islamic Republic has not conducted any credible investigation and no security officer has been charged so far over these reckless killings.

However, the authorities have disclaimed responsibility for these shocking murders and tried to hide the cause of deaths by abducting the victims’ bodies and by threatening and arresting family members.

At the “Aban International People’s Court,” which looked at the crimes committed by the Islamic Republic during the November 2018 nationwide protests, the panel of judges consisting of a number of prominent international lawyers said that the Iranian government and security forces “without any doubt” committed “crimes against humanity.” Supreme Leader Ayatollah Ali Khamenei and 12 other Iranian leaders were found guilty.

When will the international community decide to open its eyes on the Islamic Republic’s barbaric crimes and punish its leaders for the killing of innocent children?

List Of Children Victims Of Iran Protest Crackdown; How They Were Killed

At least 40 children have been killed by Iranian security forces since a new wave of public anger erupted following the September 16 death of a young woman in the custody of morality police, according to human rights organizations. 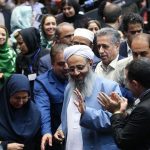 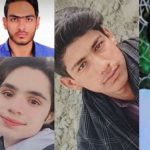