Baloch Liberation Army (BLA) freedom fighters targeted Ali Muhammad Ghulamani, a leader of a death squad formed by Pakistani occupying forces and intelligence agencies in Khuzdar. The attack was carried out with a magnetic bomb in Khand area of Khuzdar, on Saturday evening. Ali Muhammad and his accomplice were seriously injured in the the attack.

Ali Mohammad Ghulamani had been involved in anti-national activities in and around Khuzdar city for a long time by forming a death squad under the auspices of the occupying Pakistan army and intelligence agencies.

He has been involved in the enforced disappearances and martyrdom of Baloch youth at the behest of the occupier, while the said person has also been involved in kidnapping of traders for ransom and robbery in the area by forming armed groups.

The BLA has made it clear that the perpetrators of treason will not be forgiven under any circumstances. BLA will intensify its attacks against the death squads under patronage of enemy army, who are operating against Baloch national cause. Baloch people should keep a safe distance from such groups and their members. 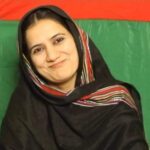 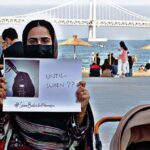