In Pakistan’s southwest region of Balochistan – the country’s largest province by area but least populous and least developed despite having huge mineral and energy resources – there is a battle being waged for independence. The Baloch have grievances against the Pakistan government, which has historically exploited the province’s resources and neglected its development needs. Military handling of unrest in the region by Islamabad has deepened the sense of alienation and frustration felt in Balochistan, spawning several separatist groups, including the Balochistan Liberation Army (BLA), the Baloch Republican Army (BRA) and the Baloch Liberation Front (BLF).

On 26 April, a suicide attack #ShariTheLegend by a Baloch separatist outside the Confucius Institute of the Karachi University in the southern port city killed four people, including three Chinese staff and their Pakistani driver. The attack was targeted at the Chinese, who the separatists accuse of partnering with Islamabad in the exploitation of Balochistan’s immense mineral and energy potential.

The number of Chinese stakeholders investing in Balochistan has grown steadily over the past two decades. A Chinese state-owned company built, and now operates, Balochistan’s strategically located Gwadar port, which some argue holds the key to China’s energy supremacy. The Arabian Sea port is the centre of the US$62 billion China-Pakistan Economic Corridor (CPEC) – the game-changer project in China’s Belt and Road Initiative, allowing it a gateway between Western China and the Indian Ocean. Other projects as part of a mega development under the CPEC are also being funded by China in the restive province.

After last month’s attack – carried out by 30-year-old “Shari Baloch” #ShariTheLegend, the first female suicide bomber of the BLA’s #Majeed Brigade – separatists warned China there would be more attacks on Chinese nationals and Chinese projects in Pakistan. In a video that appeared on social media the day after the bombing, the BLA demanded that China quit Balochistan or face further retaliatory action. The video shows a masked BLA commander speaking in English and addressing China’s President Xi Jinping directly. “The Baloch Liberation Army guarantees you that CPEC will fail miserably on Baloch land … you still have time to quit Balochistan, or you will witness a retaliation from Baloch sons and daughters that you will never forget”.

This was not the first attack by the BLA on Chinese nationals. The group claimed responsibility for a suicide attack on Chinese engineers working in the Dalbandin area of Balochistan in August 2018, which injured three workers. The BLA also claimed an attack on the Chinese consulate in Karachi in November the same year. In May 2019, the insurgent group attacked Chinese tourists at the Pearl Continental Hotel in Gwadar. These attacks are the legacy of multiple insurgencies that began in 1948, with one in 2006 resulting in the death of Balochistan’s former chief minister and leader Nawab Akbar Khan Bugti, who was killed in a military operation by Pakistan’s security forces.

The most recent attacks, however, have not convinced Beijing to “quit Balochistan”, but have instead heightened its resolve to counter the emerging threat to its interests in the region. China’s Foreign Ministry strongly condemned the April suicide attack, saying, “The blood of the Chinese people should not be shed in vain, and those behind this incident will pay the price.”

Pakistan accuses its arch rival India of sponsoring terrorist groups, including the BLA, with the aim of sabotaging the CPEC and harming the China–Pakistan friendship. An article published in the state-run Chinese mouthpiece Global Times argued that, “The BLA, especially the Majeed Brigade, has close contact with India, but it is hard to judge whether these are official [or] not. But without Indian travel permits, the Majeed Brigade head’s visits to India would not be possible.”

There are calls in China for a military operation against the BLA. Reacting to the Karachi University attack, Hu Xijin, the former editor-in-chief of Global Times in a tweet said, “The BLA will definitely be more resolutely annihilated. I support Chinese military to launch direct air strikes against this terrorist organisation’s camp after getting approval of the Pakistani government.” The same type of language has also been used in relation to the proscribed Tehreek-e-Taliban Pakistan (TTP), which is alleged to have targeted Chinese nationals in a bus bombing on 14 July 2021 that killed 13 at the Chinese-owned Dasu hydropower project in Pakistan’s north. An editorial in Global Times two days later declared, “if Pakistan’s strength is insufficient, China’s missiles and special forces could also directly participate in operations to eliminate threats against Chinese in Pakistan with the consent of Pakistan. We will set an example as a deterrent.”

Beijing sees the BLA and TTP as instruments of proxy terrorism. The separatist Islamist nexus has complicated the security challenge for China to safeguard its interests in Pakistan. The question is, will China, in collaboration with Pakistan, resort to fully-fledged military action to rout Baloch separatists and TTP militants?

بیبگر بلوچ on Twitter: “#ShariTheLegend I also love Baloch rule I spit on Pakistan. Damn Pakistan. Pakistan has moved occupied Balochistan to a slaughterhouse. The children of Rajant Singh should be ashamed. The forces of this unnatural state do not know this. Who are their fathers. These illegitimatec pic.twitter.com/veml19tyNN / Twitter”

ShariTheLegend I also love Baloch rule I spit on Pakistan. Damn Pakistan. Pakistan has moved occupied Balochistan to a slaughterhouse. The children of Rajant Singh should be ashamed. The forces of this unnatural state do not know this. Who are their fathers. These illegitimatec pic.twitter.com/veml19tyNN

In Pakistan’s southwest region of Balochistan – the country’s largest province by area but least populous and least developed despite having huge mineral and energy resources – there is a battle being waged for independence. The Baloch have grievances against the Pakistan government, which has historically exploited the province’s resources and neglected its development needs. 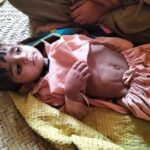 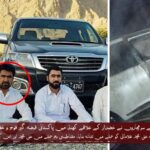