Authorities in Pakistan say they found a military officer’s body two days after being abducted in the country’s restive Balochistan Province.

Security forces searching for Lieutenant Colonel Laeeq Baig Mirza found his body in the mountainous Hernai district near Ziarat, a statement on July 14 said. The statement did not elaborate.

The ethnic separatist Balochistan Liberation Army (BLA) earlier on July 14 claimed responsibility. The banned group said it had abducted a military officer from a shrine in Balochistan and later killed him. It was a rare attack on an officer of that rank in the region that borders Iran and Afghanistan.

A local journalist told RFE/RL’s Radio Mashaal that militants set up a roadblock on July 12 near the shrine and stopped the vehicle that the army officer was travelling in with his wife and children.

They abducted him after seeing his ID and let his wife and children go.

Neither the BLA nor security forces confirmed that the militants also abducted some of Mirza’s friends.

A security official quoted by Reuters said the body of a friend who was abducted with Mirza was also found. The official requested anonymity and said the men’s bodies were found in different locations. The official added that they were abducted on the Ziarat-Quetta Road about 25 kilometers from Ziarat.

The Pakistan Army’s Public Relations Office did not comment on the incident but Abdul Quddus Bizenjo, chief minister of Balochistan Province, condemned it in a statement and called on authorities to investigate.

Balochistan Province has been plagued by sectarian violence, attacks by Islamist militants, and a separatist insurgency that has led to thousands of casualties since 2004. Most of the attacks are claimed by the separatist ethnic Baluch or sectarian groups that target the minority Shi’ite Hazaras in the area.

The province is also the recipient of a major chunk of the more than $60 billion investment from China under the China-Pakistan Economic Corridor program, a flagship project of China’s Belt & Road Initiative.

Government and military authorities in Pakistan’s Balochistan province have confirmed the death of Lieutenant Colonel Laiq Baig Mirza, an officer of Defense Housing Authority Quetta who was abducted from Ziarat district.

In a statement on Thursday morning, the extremist Baloch organization BLA claimed responsibility for the abduction of Lt. Col. Laiq and said that a detailed statement would be issued later.

According to a statement issued by the ISPR, the Public Relations Department of the Army on Thursday night, on the night of July 12 and 13, Lieutenant Colonel Laiq Mirza (who was posted at DHA Quetta) and his cousin Umar were attacked by 10 to 12 terrorists. On the way back to Quetta, he was abducted by a group of pilgrims from near Ziarat.

According to ISPR, ‘On receiving this information, Army Quick Reaction Forces were immediately dispatched to pursue the fleeing terrorists. Security forces and SSG commandos started a search operation with the help of helicopters. As a result, a team of security forces saw six to eight terrorists escaping into a drain in the nearby mountains. Seeing themselves surrounded by the security forces, the terrorists martyred Lieutenant Colonel Laiq Baig Mirza and tried to escape.

According to ISPR, two terrorists were killed in an exchange of fire with security forces while explosives and IEDs were recovered from their possession.

According to the press release, during the operation, the remaining terrorists managed to escape with a kidnapped man named Omar.

According to ISPR, despite the bad weather, the security forces are conducting an operation to recover the abducted citizen (Omar) and arrest the elements involved in the crime.

A statement issued by Balochistan Chief Minister Mir Abdul Qaddos Bizenjo expressed sorrow over the death of the abducted officer and said that the abduction and killing of the army officer was aimed at creating an atmosphere of terror.

Where did the kidnapping take place?
According to statements issued by the Directorate of Public Relations, Government of Balochistan after the incident of Balochistan Chief Minister and Home Adviser Mir Ziaullah Langu, the abduction took place in Verchom area of ​​Ziarat district.

According to some reports, armed men were blocking vehicles traveling between Ziarat and Quetta at 9pm on Tuesday. They included Lieutenant Colonel Laiq and his family vehicle.

After stopping his vehicle, the DHA officer was taken away by gunmen while his family members were released.

According to reports, the accused took them to an unknown location on the road leading to Mangi Dam.

After the incident, Frontier Corps and other law enforcement officials rushed to the scene, arranged for a visit to the abductee’s family and launched a large-scale search operation in the area.

When a senior Balochistan government official was contacted, he confirmed the incident on condition of anonymity, saying two people, including a DHA officer, had been abducted.

According to the statement, the Chief Minister has sought a report of the incident from the Home Department and the district administration and directed to ensure safe recovery of the tourists.

The Chief Minister has also directed to make security arrangements more effective at all tourist places of Balochistan including Ziarat.

Interior Advisor Mir Ziaullah Longo has said in a meeting with Additional Chief Secretary Interior and Tribal Affairs Balochistan Hashim Ghalzai that the administration will not be allowed to sit with China until the issue is resolved.

In a statement, the Interior Advisor called this incident an attempt to disrupt law and order in the province and said that such incidents are cause for concern but the matter will be resolved very soon.

He said that the operation is going on to arrest the kidnappers. 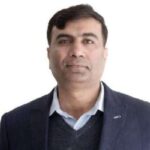