Shaal (Balochistan) : Baloch Liberation Army (BLA) tonight said it has killed 15 personnel of occupying Pakistani military and injured dozens of others in days of fighting in Bolan.

Three brave fighters of BLA also embraced martyrdom using their own bullets while repulsing the Pakistani military offensive, its spokesman Jeeyand Baloch said in a statement to News Vibes of India (NVI)

“The enemy forces disconnected all land routes to the area, and used fighter jets, gunship helicopters, military drones and their elite commandos during the attack,” Baloch added.

Already prepared for resistance, the Baloch freedom fighters ambushed the enemy forces dozens of time, and finally repulsed the enemy attack and forced them to leave the area, the spokesman said.

The retreating enemy forces used local shepherds and women and children as human shield, he said.

“In several BLA attacks, 15 enemy personnel, including 8 SSG commandos, were eliminated and more than a dozen were injured,” the spokesman said.

Several temporary camps and supply sources of the enemy forces were also destroyed, he added.

After exemplary resistance by Baloch freedom fighters, the enemy forces were repulsed on the eighth day, he said.

“Three freedom fighters of BLA embraced martyrdom with their own last bullets during the defence of motherland,” Baloch said.

“The martyred comrades resisted against a large number of enemy troops and completely halted the enemy advance,” he said.

They were providing cover to the main team of BLA fighters to secure higher points of military advantage, he said.

“All three fallen soldiers of motherland had joined BLA four years ago, and fulfilled their responsibilities with gallantry and efficiency,” the spokesman said.

“BLA will avenge the fallen comrades in form of achieving their objective of a free Balochistan.

“BLA vows that the war against occupying forces and their collaborators will continue till the achievement of an independent Balochistan,” he asserted 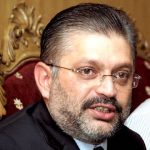