‘Those who live in fear die every day, the fearless die just once.’ —Paolo Borsellino, the judge who was killed by the Mafia in 1992

With the end of the war, things changed. The Empire was in its twilight, the world had been changed forever and two separate states were about to be born—India and Pakistan. The destinies of peoples, cities and entire kingdoms were decided at conference tables, bartered like collectors’ cards or bottle tops. The fates of the independent states were clear and their freedom untouchable, but for those vassal states to the Crown, there were only two choices: remain a part of India or belong to nascent Pakistan.

The issue of sovereignty and independence became more vital than ever at this point. Mir Sir Ahmad Yar Khan Ahmedzai had an exceptional legal representative in the controversies that now arose: Muhammad Ali Jinnah. The current Khan of Kalat, Suleman Khan, tells the story. Mir Suleman is the 35th Khan of Kalat. The Khan is said to have received his initial education in Lahore and Quetta. He became head of the erstwhile Kalat State following the death of his father, Mir Suleman Dawood Jan. Observers familiar with the politics and history of Balochistan say Mir Suleman shares many traits with his grandfather, Mir Sir Ahmad Yar Khan Ahmedzai, who was forced to accede to Pakistan in 1948. However, with the death of Nawab Akbar Khan Bugti in 2006 in a military operation, Mir Suleman’s stance seemed to change.

It is said that even before Nawab Bugti’s death, Mir Suleman had warned the then president, Pervez Musharraf, who was on a visit to Kalat at the time, not to adopt a hard line on Balochistan. Following Bugti’s death, the Khan of Kalat called a grand jirga of over 80 sardars and tribal elders from Balochistan, Sindh and Punjab, where it was decided that he should take the case of Kalat’s restoration as an independent entity to the International Court of Justice (ICJ) in Hague. He also made public the Instrument of Accession thereafter. Following these developments, after leaving Pakistan and making his way through several Gulf states, Mir Suleman ended up in the UK, where he reportedly applied for asylum. He has since been campaigning for Baloch rights, particularly the province’s rights to royalties from gas and minerals. This is how he recalls the historical facts, ‘Muhammad Ali Jinnah was a legal advisor to the Khan and the Baloch nation, and talks began once he had taken up the case of Balochistan with the British Privy Council. If you see Jinnah’s papers, case number 155, that he had taken up with the British, regards Balochistan Kalat. Other than that, from 1933 to 1948, the year he died, he was on the payroll. And most of his protection and his drivers and his serving staff at home and in his kitchens, they were all supported by Kalat and Balochistan. Basically, security and kitchen staff and everything was Baloch. The last surviving person who served him died about 10 years ago; he was one of the bodyguards who was left.’

A series of meetings between Lord Mountbatten, Jinnah and the Khan produced the ‘Standstill Agreement’. This, signed freely and by common accord between the parties, was made public on 11 August 1947. It established the following points, according to the original Agreement:

1. The Government of Pakistan recognises Kalat State as an independent Sovereign State in treaty relations with the British Government, with a status different from that of Indian States.

2. Legal opinion will be sought as to whether or not agreements of leases between the British Government and Kalat will be inherited by the Pakistan Govt.

3. When this opinion has been received, further meetings will take place between representatives of Pakistan and the Khan of Kalat at Karachi.

4. Meanwhile, a Standstill Agreement has been made between Pakistan and Kalat.

5. Discussions will take place between Pakistan and Kalat at Karachi at an early date with a view to reaching decisions on Defence, External Affairs and communications.

Suleman Khan observed, ‘There was a meeting session between the last Viceroy of India, Muhammad Ali Jinnah, Liaqat Ali Khan, S.B. Shah, who was on the side of Pakistan, and for Baloch, it was my grandfather, Khan Mir Ahmad Yaar Khan, his prime minister, Nawabzada Aslam, and his legal advisor, Sir Sultan Mahmud. The meeting was chaired by Lord Mountbatten. So this started from June, and the outcome was the agreement which came out from Muhammad Ali Jinnah, who was the leader of Pakistan at that time, which came out on 7 August 1947; so these two months were all spent in negotiation. So you can see clearly, from the joint statement, that the independence and sovereignty of Kalat was stated and recognised by the founder of the new state of Pakistan.’

That very day, on 14 August 1947, Kalat declared its independence from Pakistan. A constitution was adopted and a parliament of two chambers created: Darul Umra and Darul Awam. Baloch was declared the official national language. Across the border, meanwhile, the situation was changing and Jinnah almost immediately began to have second thoughts. This becomes clear from a telegram sent in October 1947 from the British Political Department during other negotiations to settle the details of the Standstill Agreement. These concerned the status of those provinces placed under the trusteeship of Kalat: Makra, Kharan and Lasbela. The telegram refers to Jinnah’s reconsiderations and of his wish to annex Kalat by following the same bureaucratic steps as those applied to the Crown Territories that had decided to become a part of Pakistan. The Khan reaffirmed his desire to retain the independence of his kingdom, as established in the Standstill Agreement, but indicated his willingness to negotiate treaties on defence, foreign affairs and communications. The telegram also shows clearly that Jinnah wished to treat the three provinces differently. Their creation by the British, according to Suleman Khan, was illegal, ‘They made three states—Makran, Kharan and Lasbela, that previously didn’t exist as states. If you read a book written by my grandfather, called Inside Baluchistan, you will find all the details. There is complete documentation; all the treaties with the British, the boundary committees and how Iran and Afghanistan got those parts, and all the details. You can see the same things in the British Library, where there are more comprehensive reports. There were basically three lines drawn—one was the McMahon Line, one was the Durand Line and lastly, the Goldsmith Line. These three lines were drawn at different times. So if you combine the reports, Kalat was not included in any of those. Nor was Afghanistan present in all those, being present only in one or two.’

On 2 February 1948, Jinnah wrote to the Khan of Kalat, ‘I advise you to join Pakistan without further delay … and let me have your final reply, which you promised to give me after your stay with me in Karachi when we fully discussed the whole question in all its aspects.’

A few days later, on 15 February, Jinnah went to Sibi, officially to make a speech at a royal durbar, but actually to make another effort to convince the Khan to join Pakistan. The Khan did not appear, claiming to be unwell and confined to bed. He did, however, send a letter to Jinnah declaring his willingness to convene parliament and let the Assembly decide Kalat’s future relationship with Pakistan. The parliament had already met twice, in September and December of 1947, and both times had rejected once and for all the idea of annexation by Pakistan.

We have a distinct civilisation and a separate culture like that of Iran and Afghanistan. We are Muslims but it is not necessary that by virtue of being Muslims we should lose our freedom and merge with others. If the mere fact that we are Muslims requires us to join Pakistan then Afghanistan and Iran, both Muslim countries, should also amalgamate with Pakistan. We were never a part of India before the British rule. Pakistan’s unpleasant and loathsome desire that our national homeland, Balochistan should merge with it is impossible to consider.

Thus, Ghaus Baksh Bizenjo, in a speech considered a historical milestone, supported the resolution ratifying the independence of Balochistan. The Parliament of Kalat expressed its wish that relations with Pakistan should be ‘established as between two sovereign states based upon friendship and not by accession’. But Jinnah’s idea of friendship was somewhat different. On 9 March 1948, he informed the Khan that he would play no part in person in the negotiations between Pakistan and Khalat. On 18 March, Pakistan signed a treaty annexing the feudal territories of Lasbela, Kharan and Makran. At a stroke, Kalat lost half its territory and, thereby, its only access to the sea. In a dispatch sent on 23 March 1948 to his contacts by the American Ambassador in Pakistan, he mentions the annexation of the provinces by Pakistan and the Khan of Kalat’s objections. These were that the annexation was a clear violation of the Standstill Agreement and that, above all, Makran was an integral part of the kingdom of Kalat. In response, the Pakistani army occupied Pasni, Jiwan and Turbat. The Khan capitulated, and on 27 March, signed terms of surrender agreeing to Kalat’s annexation by Pakistan. The sovereign state of Balochistan—after centuries of successful defiance of invaders of every sort—ended after just 227 days.

As Mir Mohammad Ali Talpur comments, ‘The forced merger of Kalat with Pakistan, which ended 300 years of an independent, or at least semi-independent Baloch state, was the darkest day in the Baloch people’s history. They observe 27 March as “Black Day”.’

In this entire story, neither Britain nor India played parts of innocent bystanders. As Sushant Sareen points out in his Balochistan: Forgotten War, Forsaken People:

The man who claimed he was the last Englishman to rule India—Jahawarlal Nehru—was also adverse to Kalat’s independence. In the case of British Balochistan, the area of Kalat that was under British control, Nehru rejected a proposal for self-determination as ‘preposterous’ because it would leave the future of the strategic frontier of India in the hands of one man chosen by unelected and semi-feudal elements.

But it is not all. ‘Nehru’s stand against Kalat independence had obviously driven a wedge between him and the Khan of Kalat.’ After the Standstill Agreement was signed, the Khan of Kalat had sought recognition from India too, but the Indian government refused to acknowledge the issue, even denying permission to the Khan to open a trade agency in Delhi. 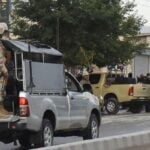 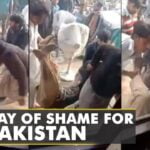