Baloch Students Council Lahore took out a protest rally in Punjab’s educational institutions against harassment of Baloch students  and non-recovery of students Feroz Baloch and Dr. Jamil Baloch. A large number of students participated in the rally while the rally participants carried pictures of the missing persons in their hands. The rally participants have demanded safe recovery of missing students Feroz Baloch and Dr. Jamil Khetran including harassment of Baloch students and elimination of other biased attitudes in Punjab educational institutions.

Students have earlier staged protests in other cities including Islamabad against the non-recovery of Feroz Baloch. According to Lahore protesters, so far there have been incidents of forced abduction and harassment of Baloch students from different cities of Punjab. Security agencies are abducting Baloch students as part of conspiracy. Earlier, fake cases were registered after the detention of several Baloch students which is totally an illegal practice and exposes the miscreants of state institutions. Protesters said that every citizen of Balochistan, including Baloch students, is currently suffering from state injustice. Dr. Jamil Baloch, a social worker from Barkhan, has been in illegal detention for several months and his family is being tortured. The protesters said that law and justice in this country have failed for Balochs. Protesters have demanded that missing student Feroz Baloch and other missing persons be brought to the fore and rescued immediately and  by eliminating the incidents of harassment of more Baloch students, Baloch students should be allowed to pursue their education. Every day, due to forced abductions, Baloch students are suffering from mental agony and harassment. 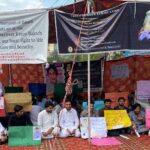 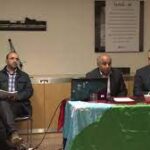