British Council Head of Higher Education and Skills Sarah Parvez gave the welcome address where she said that ”I would like to encourage UK alumni in Balochistan to connect with BAAP.”

Parvez added that the new chapter would allow UK alumni to engage in discourse with people from similar backgrounds and participate in British Council projects as well as launch social action initiatives to benefit local communities.

She added that these social action initiatives could be linked to other UK alumni in different sectors and industries.

Eight thousand Pakistani students travel to the UK to pursue a higher education. On their return, alumni strive to start their own businesses or seek employment.

BAAP provides young graduates who return from the UK an opportunity to build stronger relations with alumni to become part of a global community. The association members come from all walks of life and the platform aims to recognise individuals for their contributions to develop the country.

The global initiative was formed back in 2003 with the aim to bring UK alumni together. BAAP currently operates in Punjab, Khyber-Pakhtunkhwa and Sindh with the new chapter in Balochistan expected to catalyse activities in the province. 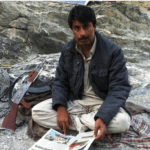 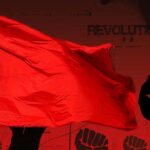