The rise in Baloch women’s activism – and terrorism – has accompanied a new willingness by authorities to target women with state-sanctioned violence.

“Let me go!” a young Baloch woman screams as she is seen being dragged by two female officers, with her hands held. She is tugged along the road, barefoot, and thrown inside a police van. At the same time, some other women are also stuffed into the van, protesting vociferously. They are barely seated, still scurrying to make room, before the vehicle starts moving, as an officer is heard saying, “Start the van.”

These are some of the disturbing visuals that surfaced on social media on June 13 when police brutally assaulted peaceful protesters in Sindh.

The Sindh police unleashed violence on peaceful protestors, including women, men, and children, who had gathered outside Sindh Assembly to protest against the enforced disappearance of Doda Baloch and Ghamshad Baloch. The duo, students of Philosophy at Karachi University, had been allegedly abducted from their home on June 7 by the Counter-Terrorism Department (CTD).

The police used brute force on the protesters, bringing opprobrium. Amnesty International South Asia condemned the use of force against the protesters, many of whom were relatives of missing persons.

What Happened on June 13?

To demand information about the disappeared students, protesters set up a camp outside Karachi Press Club. On the third day of the camp, the protesters decided to march toward the provincial legislature. They were demanding that the families of Doda and Ghamshad be granted a meeting with the CTD and, more broadly, that the authorities end the profiling of Baloch students in Karachi and elsewhere in the country.

Balochistan, Pakistan’s geographically largest but poorest province, has been the center of recurring insurgency movements since 1948, with the ongoing movement being the fifth.

Enforced disappearances in the province are rampant and are thought to be a counterinsurgency tactic used by security agencies, which deny being involved. As per Voice for the Baloch Missing Persons (VBMP), an organization campaigning for the release of missing persons, more than 5,000 people have become victims of enforced disappearances in the province in the last two decades.

These figures are disputed by the Commission of Inquiry on Enforced Disappearances (COIED), formed in 2011. As of May 2022, COIED reported that 2,238 unresolved cases of enforced disappearances had been registered from all over the country, with only 355 from Balochistan.

The Human Rights Council of Balochistan, a human rights organization that collects reports from the province, reported that in the month of May alone 45 people, including women and children, were abducted while 20 were killed.

The saga of enforced disappearances in the province continues without a respite but the increase in abductions of women and subsequent crackdown has concerned many.

Activists are disturbed and concerned over peaceful protests being sabotaged. Sammi Deen Baloch, a missing persons activist who has been relentlessly protesting for the release of her father, Dr. Deen Muhammad Baloch, for more than a decade, thinks the state is trying to traumatize victims’ family members further by inflicting physical violence.

“We were already undergoing collective punishment and had exhausted all options, having knocked on every door for justice, but now they want to snatch from us the only option we are left with – peaceful protests and resistance,” she said.

When the protesters started marching toward the Sindh Assembly, the police tried to block their way, creating hurdles. Still, the protesters managed to reach the gate.

“To bring our protest to an end, the police told us they will arrange a meeting with CTD the next day. We went back to our camp,” recounted Amna Baloch, organizer of Baloch Yakjehti Committee Karachi, “The next day, June 13, we waited for the meeting for hours, but the police kept delaying and making excuses.”

The protesters decided to once again march toward the Sindh Assembly.

As the throng of protesters reached the provincial legislature, the police arrived and started mass arrests, launching baton charges. According to the police, Section 144 had been imposed in the province, banning political gatherings, which the protesters contravened.

“The police used vile and filthy language, hurled abuses at us – said things that I do not think any civilized person or organization would say. We were called disgraced and disrespectful women, were accused of protesting for ‘fame’ and to appear on media,” said Sammi.

She added that three men were knocked unconscious and had to be hospitalized and one pregnant woman was kicked.

“My younger sister, Mehlab Baloch, was slapped thrice – the sight of her being slapped is imprinted on my mind. For the last 13 years, Mehlab and I have been asking a simple question: where is our father and for what crime are we being punished? The state couldn’t answer this question for Mehlab but wants her to stay silent,” said Sammi.

“Our mother is worried for us. When we leave home, she says she will accompany us. She is even forced to request us not to protest in the fear that something happens to us,” Sammi added, explaining the mental toll of the police brutality on her and her family.

The detainees were released later in the night and around 3 a.m., Doda and Ghamshad – the students whose alleged abduction sparked the protests – also returned home.

As per Amna Baloch, the police threatened and forced the protesters to promise in writing that they won’t protest anywhere other than outside the Karachi Press Club in the future.

“To dissuade and deter us from demanding our constitutional rights, the police did everything, but we will continue resisting,” said Amna.

A committee was formed by the Inspector General of Sindh Police to inquire into the incident.

Amna feels that the committee is just a face-saving gimmick in response to the public outcry.

“If they are to form a committee, one which is free and fair and from which concrete actions can be expected, then they must form a committee on missing persons and on the profiling of Baloch students throughout the country,” she told The Diplomat.

On April 26, Shari Baloch attacked a van carrying Chinese nationals outside Karachi University in a cataclysmic suicide bombing incident, which was to have widespread ramifications. Shari was the first Baloch women to carry out a suicide bombing; in addition to herself, she killed the bus driver and three Chinese educational workers.

Baloch female political and social activists are all facing challenges after the incident.

Nida Kirmani, a sociologist and activist, feels that the incident has given the state a “free pass” to go after Baloch women.

“While Baloch women have suffered violence even before this, they were rarely the direct targets. Rather, they suffered because their male kin disappeared. However, since the attack at Karachi University, the state is acting as if it has a license to go after anyone regardless of gender,” she explained.

Sammi feels these challenges have increased tenfold for missing persons’ families, who have been protesting peacefully for years. She believes that the suicide bombing is being used by the state as a justification for abducting, threatening, and abusing Baloch women under the pretext of circumscribing terrorism.

“They have started to define Baloch women as terrorists and launched a crackdown, but in the guise of ensuring law and order, they are targeting those Baloch women who have been protesting and resisting for eons,” Sammi said.

Mir Mohammad Ali Talpur, a well-known activist and nationalist, believes that the violence against Baloch women and men mirrors the state’s “systematic policy of coercion and oppression” intended to intimidate and cow them so much so that they stop demanding their rights.

“The end result of this violence against Baloch will only result in hardening of attitude to the extent that ordinary Baloch too will consider all those who cooperate with the state as traitors and will support those who oppose the injustices against Baloch. There will be an irreversible polarization much to the detriment of the hopes for peace, at some stage, through dialogue,” explained Talpur.

“State institutions have made it impossible for Baloch to live in Karachi. It seems like the land splits open to disappear Baloch within it. Those students who come from far flung areas of Balochistan to get an education in Karachi are being abducted and their whereabouts kept unknown,” Amna Baloch added, describing the scrutiny and profiling of Baloch students, which has augmented since the incident.

On May 24, the Sindh police detained 18 people, including Sammi and Nida as well as other family members of Baloch missing persons, for protests over abductions. As they would do on June 13, the police told the media that the detainees had flouted Section 144; however, the protesters had a different recollection of the events.

Nida thinks that the police seem to be “acting as a cover for the [security] agencies” and that their sympathetic act when confronted about enforced disappearances is a charade.

“The question is, if the state itself is not respecting its own laws by forcibly abducting citizens, why should protesters respect colonial laws such as Section 144?” she said.

In a Twitter thread, Nida shared her experience and delineated the contrasting treatment she received from the police compared to the way the police behaved with other detainees (who were Baloch).

“Because I am an upper class, non-Baloch woman, the police are hesitant to treat me poorly. Perhaps they are afraid of the consequences and think I may be connected to powerful people. Clearly there is both class and ethnic-based discrimination involved,” Nida told The Diplomat.

The feminist movement in Pakistan has been criticized for its lack of inclusivity.

“I do not understand the difference in uproar when an incident occurs against a non-Baloch woman and when Baloch women are publicly thrashed, abused, beaten, and harassed merely for protesting for their rights. In the latter case, there is barely any condemnation, let alone uproar,” said Sammi indignantly.

Amna said that the police used force on the protesters because they do not want the missing persons issue, a very “sensitive” issue, to be highlighted. But she refuses to be intimidated.

“I had told the police officers during the detainment that we will protest again and that they cannot break our resolve through force,” she said.

“These are living, breathing people with dreams and hopes who are missing – not lifeless things or possessions like a mobile phone that we can back off from demanding for them to be released. The family members of missing persons live in torment – nothing can be worse than waiting without any certainty,” she said.

Even as the state’s assault has reached Baloch women, their acts of resistance continue.

As Baloch Women Raise Their Voices, the State Cracks Down

Advertisement “Let me go!” a young Baloch woman screams as she is seen being dragged by two female officers, with her hands held. She is tugged along the road, barefoot, and thrown inside a police van. At the same time, some other women are also stuffed into the van, protesting vociferously. 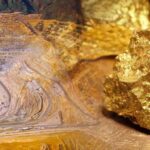