Taliban’s capture of Afghanistan will not have any adverse effect on Balochistan’s freedom struggle and the Baloch movement against Pakistan’s illegal occupation will continue unabated, said Baloch leaders during their interaction with News Intervention.

There was widespread concern that with Pakistan-friendly radical Taliban grabbing power in Kabul, Afghanistan would now turn hostile to the thousands of Baloch refugees who had crossed the Durand Line to escape Pak Army’s brutalities. Senior Baloch leaders, however, explained in clear terms that Balochistan’s freedom struggle was not dependent on the Afghan regime, rather their movement has been relentlessly going on for the last several decades. The current phase of Balochistan’s freedom struggle began in the late nineties when Taliban had captured Afghanistan for the first time ever.

“Pakistan will surely try hard to turn Afghanistan into an unfriendly place for Baloch freedom movement, an unsafe place for Baloch refugees and freedom seeking political activists, if anyone is there. However it will not have much impact on Baloch freedom movement because previous Afghan governments, despite their allowing a few hundred Baloch refugees and freedom seeking political activists, were also not extending any effective support to the Baloch freedom movement. Truth is that Baloch freedom struggle is not dependent on Afghanistan. In 2000, when the ongoing Baloch struggle was revived, Afghanistan was being ruled by Taliban. So, current situation is difficult to Baloch but not new,” said Rahim Baloch, former secretary general of Baloch National Movement (BNM).

Dr Naseem Baluch, organiser of the BNM’s diaspora committee added that the current phase of Balochistan’s independence struggle started in the 90s when there was Taliban rule in Afghanistan. “At that time the Baloch revolution did not get any relief or succour from Afghanistan yet it has continued unabated. We have never kept any kind of hope from the Afghanistan regime because they are too embroiled in their own issues. And we do not want to be dependent on other nations for our movement,” said Dr Naseem Baluch.

Dil Murad Baloch, BNM’s Central Information Secretary & Culture explained that the current Baloch movement is multi-faceted that’s spread across Balochistan. “The current phase of Baloch freedom struggle is not restricted to one particular group of the Baloch society and it’s not the preserve of specific set of people who can mould the movement according to their whims. Despite Pakistan’s atrocities during the last twenty years the Baloch movement has continued unabated.”

Baloch leaders were not worried about the close ties between Pakistan Army and Taliban regime as well. Rahim Baloch explained that Pakistan military’s close coordination with Taliban during the last two decades of America and Taliban war wasn’t a secret. “Pakistan will surely seek such coordination of Taliban throughout the region, particularly in its hostility to Balochistan’s freedom movement and India. But I don’t think Taliban will, despite their dependence in various matters on Pakistan, opt to coordinate with Pakistan in any such adventure. The huge majority of Afghan people, including Taliban, well know that Pakistan’s support for jihad in Afghanistan was not due to its love of Islam but in pursuit of its policy to destabilize Afghanistan and use it as a “strategic depth” against India.”

Dr Naseem Baloch described about the deep ties between Afghanistan and Balochistan. “Baloch and Pashtuns share a long friendship. Historically, whenever the Pashtuns have faced any kind of difficulty or there have been atrocities on them the Baloch have always helped Pashtun brethren by lending a helping hand. This camaraderie between the Baloch and Pashtuns have been flourishing since centuries even before the existence of Pakistan. Our relations do not change with a change in regime.”

However, the Baloch leaders did express concern that geo-political strategy needed to deal with the extremist Taliban regime was still not in place. “Major impact of the earlier Taliban regime was on the US due to which the Americans were forced to take action against Taliban. Unfortunately all those issues still exist and the geo-strategies needed to straighten out those concerns are still not in place. And till the time right strategies are made against fundamentalist forces the world will continue to grapple against these issues,” added Dr Naseem Baluch. 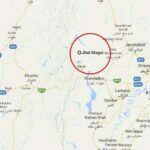 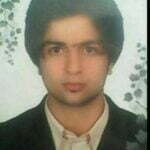