Balochistan Chief Minister Abdul Quddus Bizenjo on Monday assured that no injustice will be inflicted upon the people of Balochistan, saying that the province would reap benefits from Reko Diq “more than anyone’s expectations”.

Reported to the media at Dalbandin Airport, the chief minister said that the politicisation of the issue of Reko Diq was deplorable and that Balochistan will get more than 25% share from it.

“I would not budge an inch when it comes to the rights of Balochistan,” he affirmed and claimed the people will get good news in the coming days on Reko Diq.

“I will not disappoint the people of Balochistan on the issue of Reko Dik,” he said.

He assured that in a few days, the whole matter will come before the people with facts and figures.

“We had lost the Reko Diq case. It is easy to talk politically, it is difficult to follow them,” he pointed out.

Prior to the media talk, the chief minister chaired the PSDP Review meeting, wherein he took a range of decisions, including the decision to establish Trauma Centres alongside the Quetta-Karachi highway which would be fully equipped with the latest technology and devices to provide the best medical treatment to injured people during road accidents.

Bizenjo directed the health care department to prepare the PC-I of the project on an immediate basis.

The transport and civil works departments should assist the health department in developing the project’s concept.

To provide treatment in emergency situations, the CM directed to appoint surgeons and medical staff along with all modern equipment to save human lives in case of accidents on the national highway.

The injured patients would be given timely and high-quality treatment after the establishment of the centres, an official of the Balochistan government told APP.

He said the decision has been taken in the wake of increased road traffic accidents on the highway. The government had already established 18 Medical Emergency Response centres (MERCs) alongside the national highways in the province, he added.

The government has planned to expand the programme across the province by establishing more centres alongside the highways to provide medical treatment to the travellers and rescue in case of emergency.

According to officials, MERC has responded to a large number of accidents along the highways whereas the injured people were provided treatment.

The source said that the government had also been working to expand the main roads to control the accidents in the province. 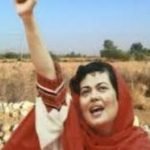