Laws / formulas formulated by scholars of sociology, social sciences and political science to shape public opinion and provide it with a recognizable goal are not always applicable. Do
Antarctica has been introduced in Balochistan under a strategy agreed upon by the institutions.

Since 2002, however, the political landscape has been shaped by the protection and expansion of institutional interests, which were not allowed to prevail in 2008, but a few months after the 2013 election , Persuaded to adapt the scenario to a new political identity.

The minds that formed this scenario actually wanted to make their own plan according to the global political scenario, but overconfidence and assumptions have thrown them into the middle of the field. The hollowness of past economic bases has kept them out of the game.

But since the scenario has been formed (although it is unstable) and its features have been decided, the game will have to be traded. But in the context of history, the scenario is where the people live and die.

Social media has been used instead of “My dear compatriots!”

Instead of presenting it as a political formula, the intention is to make it just an example. The workers went ahead and filled the vacancy of the former missing person and the sit-in continued but now since Maulana Hidayat is leading this sit-in and the people are joining it and millions of people are commenting, criticizing and supporting it.

The so-called intellectuals and political elites in the society are waiting for the “great and scientific leader” to give credence to Maulana Hidayat. He will say something or do something. Silence Or, instead of “watching and waiting”, disagree and agree in practice.

But the minds belonging to this Canada are innumerable among the scenario makers and nationalists and social intellectuals who have been made kings in their own imagination by imitating the literary tradition of imagination but the reality will be their rival.

And instead of thinking of the social media as a mere monster and destructive force, think of it as a modern invention of human evolution and marginalize itself while acknowledging the society / nation as the creator of the scenario. 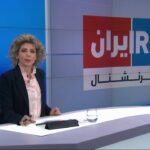 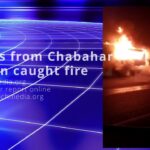