Sardar Ataullah Mengal was wrong in saying that only Akbar Bugti could speak for Sui. Every Baloch has a right in this respect equal to Akbar Bugti. Abandoning this principle will amount to replacing one set of autocrats with another

The recent events in Sui are a manifestation of what afflicts the country’s ruling classes. They are also an expression of a people’s outrage at the rulers’ arrogance and their utter disregard of their rights. The people were outraged not only at the rape of a female doctor who had agreed to serve in the wilderness but also at the continued rape of their rights and resources since the very inception of Pakistan. They indicate what the future is going to be like if the rulers persist in their belief that overwhelming firepower is the panacea for all their problems.

The BLA is certainly not a figment of some fertile imagination. This is apparent from the scale of its activity. Since 2003, 1,529 rockets have been fired and 113 bombs exploded in Balochistan. Despite Baloch leaders’ reluctance to directly answer questions about its existence and the government’s attempt to minimise its significance, it cannot be wished away. Theories about its sponsors abound. The oddest one suggests that it is being helped by the USA which is not happy with China’s role in Balochistan. Fingers have also been pointed at Iran. But does not Iran oppress its own Baloch population? One thing is certain: there are people out there determined enough and having adequate resources to sustain the attacks. The BLA’s activities may not be an adequate expression of the deep and pervasive popular resentment but they are an expression nonetheless.

For a peep into the mindset that caused past problems look at the following statement of one Lt Col Mazhar Masood reported by Dawn on January 27 (under the headline ‘Cantonment to be built in Sui: Army’). Said Col Masood: “We have come here and taken over 400 acres of land allotted to the Pakistan Army. We will soon build a cantonment (garrison) here which is the need of the area.” For icing on the cake he added: “You can see only sand dunes here, but within a very short time a cantonment will be built and the sand dunes will be turned into green land.”

No one doubts your ability, Col Masood, to turn the sand dunes of Sui into green land. In fact, this ability of the ruling classes is the real cause of concern for the people of Balochistan. The cantonments and the areas where mega development projects are built become islands of green in the otherwise barren landscape of the province. Your statements maybe reassuring to the investors but they frighten the common man.

Unfortunately, the indifference of the Establishment is not limited to Balochistan. It treats Sindh and the NWFP with equal contempt. On this count all governments have been even-handed. The present government, too, is interested mostly in the greening of the Punjab, the mega-projects, the cantonments and the Defence Housing Societies to the utter disregard of the wishes of those affected by process.

During a recent visit to Lahore I was surprised to see huge billboards inviting people there to Gwadar — the new El Dorado, asking them to “invest in the land of promise and opportunities”. This is what causes concern in the minds of the people of Balochistan and creates resentment and anger at the injustices that found a partial expression in Sui.

Promising people jobs as peons and watchmen never was and never will be the solution to the problem. At issue is their right to the resources. Until and unless there is progress on this sticking point, there can be no peace in the province. Let me attempt an analogy at the risk of being widely condemned. Had the people of Arab Emirates agreed to be content with menial jobs and not asserted their rights to the resources, would there ever have been the prosperity and the social development we now see there? The unmistakable lesson is that there can be no social and economic progress — that the government claims to favour — until and unless the people are made the masters of their destiny. Without this, no projects, including Gwadar, can change people’s lives.

Also, the attempts to improve security by relocating people from Sui, or other envisaged cantonments sites, will never be of any value as ‘soft targets’ abound. The solution lies in respecting people’s rights in Sui and elsewhere in Balochistan rather than in trying to create buffer zones to protect installations.

There have been talks between some Baloch leaders and representatives of the government. A parliamentary committee, too, has been formed to help find a solution. But not much headway seems to have been made. The two sides hold diametrically opposite points of view. This is a gulf that cannot be bridged until and unless there is a radical departure from the basic premise by one of the sides. To me, it appears to be impossible.

Some among the Sardars may decide to compromise but this will only postpone the confrontation. The people of Balochistan will not abdicate their rights even if some of their leaders do an about turn. After all no single leader has the exclusive right to speak for the people in his area of influence. Sardar Ataullah Mengal was thus wrong in saying that only Akbar Bugti could speak for Sui. Every Baloch has a right in this respect equal to Akbar Bugti. Abandoning this principle will amount to replacing one set of autocrats with another.

For a meaningful understanding the wishes of the majority of the Baloch people have to be respected. The government should learn a lesson from the American experience. The USA thought Iraq would be a piece of cake but it has become a quagmire and can eventually cause its downfall. Just as the Iraq war can prove the first of the great social and political tsunamis of the century that will change the world order the confrontation in Balochistan can herald changes in this country as well as the entire region.

Mir Mohammad Ali Talpur has an association with the Baloch rights movement going back to the early 1970s. He can be contacted at mmatalpur@gmail.com

Ustad Talpur is the Official App of Mir Mohammad Ali Talpur and a small tribute for his uncompromising commitment to and tireless long struggle for Baloch rights. 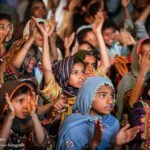 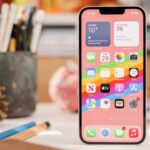