Baloch National Movement Chairman Khalil Baloch termed the ongoing 15-day sit-ins, demonstrations and rallies in Gwadar as a slap in the face to Pakistan and said that the mass protests for some basic rights under military auspices were aimed at Pakistan, China and the so-called China-Pakistan Economic Corridor. (C-Pack) opened the floodgates of development claims in the name of exploitative projects.

The people of Gwadar have rejected these plans and made it clear that the main objective of these projects is to gradually evict the locals and settle the Punjabis and Chinese on a large scale. On the one hand, the local people have been deprived of basic amenities like water and on the other hand, marine resources are being plundered by trawlers owned by big capitalists, retired army generals to force people to migrate from Gwadar in future.

Chairman Khalil Baloch termed the ongoing protests with full participation of women as the result of continuous repression and coercion of people by military force and military terrorism and said that the result of constant repression and deprivation of basic human rights in any society is a form of resistance. I come forward. The zealous people of Gwadar, following in the footsteps of their forefathers, have shown political resistance to save Gwadar, which is very encouraging. His forefathers have resisted every occupier and kept Gwadar safe. The current demonstrations, sit-ins and women’s rallies are proof that state atrocities and restrictions on Baloch politics have not dampened the spirits of the people.

He said that state atrocities were on the rise all over Balochistan. From the martyrdom of Malik Naz to the martyrdom of minors in the Hoshop incident and the enforced disappearance of boys and girls in Gachak Toba, there is evidence of escalation in state atrocities. Protests against these atrocities in every corner of Balochistan and in different parts of Sindh have sent a message to the state that Balochs cannot be subjugated by such inhuman and degrading tactics.

Khalil Baloch said that the recent protests against the humiliation of the local people of Gwadar at the military check posts, the ban on fishing as a source of livelihood for thousands of years and the unavailability of clean drinking water have exposed the ongoing state atrocities in Balochistan. The people have been deprived of basic amenities of life as a result of not bowing down to state atrocities. Seven decades of exploitation and deprivation have taught the Baloch a lesson of resistance, an example of which is evident today throughout Balochistan, including Gwadar. The spirit of the Baloch people and the struggle for their rights is commendable. 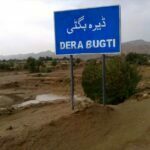 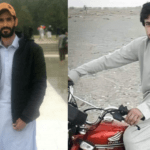