Previous Next
Balochistan is the name of a geographical and cultural region located at the convergence of Central, South and West Asia, inhabited predominantly by the Baloches.

Iran is one of the weakest countries in the Middle East, given its divergent centrifugal ethnic composition if exploited.  However, thanks to Saudi Arabia, the leader of Arab nations, despite having the necessary leverages of inflicting a heavy cost on Iran it has never sought to destabilize it in order to avenge its naked enmity towards Bahrain, United Arab Emirates, Yemen, Lebanon, Syria, Iraq, Palestine and Egypt.

Given the precarious security turmoil in the geopolitics of Middle East, unprecedented voices are heard in favour of an independent Balochistan from Saudi and UAE media particularly, though, not at the official level, yet they’re not without the consents of their governments in GCC countries – objective seems to have help Baloch liberate Balochistan from Iranian occupation.

Dhahi Khalfan Tamim, an ex UAE official twitted that Iran is giving missiles to Houthis to attack the Kingdom, then why the Kingdom is not providing Baloch with the missiles that can hit the heart of Iran?

Both Iran and Pakistan have illegally occupied Balochistan against the will of Baloch people and the Baloch have relentlessly resisted Iranian and Pakistani military aggression of occupying Balochistan. Both countries have turned Balochistan into a colony of their ruthless rules for economic exploitation of Baloch natural resources.

During British Raj, the Reza Shah of Iran invaded Western part of Balochistan in 1928 and Pakistan occupied Eastern mainland of Balochistan in 1948. The Baloch nation never accepted this aggression and intermittently resisted this aggression with armed struggle, besides the attempts of exploring the democratic avenues for a genuine federal solution with Tehran and Islamabad, however, both never reciprocated to genuine Baloch goodwill gesture.

Pakistan’s double standard and its dishonesty towards GCC countries must also be gauged with the fact that why it has proliferated nuclear technology to Iran despite knowing the fact that it has hardly left a stone unturned in wrecking havoc in Arab countries?

Under Shah’s rule or Mullah Regime, Iran has always sought to destabilize Arab countries besides occupying Baloch, Arab and Kurd lands. The antagonist behaviours of ultra-nationalist Persian regimes have proven the fact that the very existence of Iranian entity in the current form is a permanent existential threat to Middle Eastern countries, especially the GCC.

The China Pakistan Nexus, namely China Pakistan Economic Corridor, CPEC, has threatened Baloch demography in Balochistan and strengthened Pakistan’s hands continue Baloch genocide. And now it has emerged that China has planned to build a navy base in Jiwani peninsula.  Chinese hegemonic presence in Balochistan at the mouth of Arabian Gulf can pose a security imbalance to GCC countries, given China’s strategic tilt towards Iran.

Geographically, Balochistan is situated at the meeting point of three major regions Middle East, South Asia and Central Asia, if helped liberated from both Iran and Pakistan; it would become a bastion for peace and interconnect the three major regions into a secured trade and commerce corridor. The secular Baloch want to be a partner in peace and prosperity with all peace-loving nations in the region and beyond.

The convergence of Baloch and Arab interests has created an exigency for both nations to explore the ways and means at intellectual level and it would be greatly appreciated by Baloch public if its leadership were allowed an avenue in one of the Gulf States to hold conferences in order to educate the international community about Baloch national cause for freedom.

The Alignment of Arab and Baloch Interests in the Middle East!

By Archen Baloch Iran is one of the weakest countries in the Middle East, given its divergent centrifugal ethnic composition if exploited. However, thanks to Saudi Arabia, the leader of Arab nations, despite having the necessary leverages of inflicting a heavy cost on Iran it has never sought to destabilize it in order to avenge […] 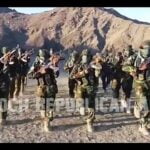 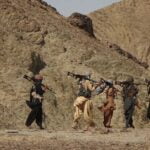