According to Rasanak, a Baluch civil activist was summoned and interrogated by the Revolutionary Guards in Pehreh , November 15, 2021.

The identity of this citizen “Abdul Ghani Afrazeh” from Pehreh city has been established.

An informed source told Rasanak: “Abdul Ghani, in addition to social activities, also publishes the problems and difficulties of Pehreh city in cyberspace.”

The source added: During interrogation of Abdul Ghani, the IRGC intelligence forces tried to accuse him of having links with the political opposition abroad.

It is worth mentioning that the interrogation of this Baloch citizen lasted for about three hours and at the end he was asked to stop his activities.

It should be noted that amid the suffocating and completely security atmosphere of Balochistan and Sistan provinces, the pressure on social activists in this province has increased significantly in recent months. 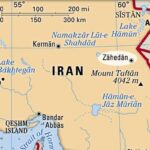