A hunger strike camp was set up at the Press Club premises in Karachi, the capital of Sindh, against the non-recovery of Rashid Hussain, a human rights activist who went missing from the UAE three years ago.

The mother and niece of missing human rights activist Rashid Hussain, Mahzeb Baloch, said that a two-day hunger strike camp would be held from today while a demonstration would be held tomorrow (December 26).

“My son was forcibly disappeared from Sharjah, United Arab Emirates in December 2018 and was handed over to Pakistan illegally after six months of torture,” said mother Rashid Hussain.

“Serious allegations have been made against my son, but instead of presenting him in public or in court, the state of Pakistan denies his enforced disappearance and detention,” he said.

“I urge all human beings to join us and raise their voices for the release of my son,” he said.

Mama Qadeer Baloch, Vice Chairman of Voice for Baloch Missing Persons and other thinkers were present on the occasion.

Nasrullah Baloch, chairman of Voice for Baloch Missing Persons, said on social networking site Twitter that Rashid’s extradition to Pakistan was confirmed by national media. To be open trial –

The family of Rashid Hussain Baloch staged a protest in front of Karachi Press Club yesterday and appealed to the people to take part in the campaign on social networking site Twitter. 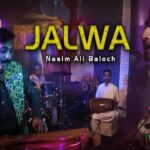