Previous Next
Ketch and Panjgur: Six persons went missing after being detained by the forces

Pakistani forces have reportedly detained six people from Ketch and Panjgur districts of Balochistan and made them disappear.

The missing persons have been identified as Ejaz son of Murad Mohammad, Shahdad son of Elahi Bakhsh Munshi, Nadeem son of Siddique Malang, Sharif son of Jassim and Azeem son of Gul Mohammad.

According to sources, during the operation, the forces also inflicted severe torture on the women and children in the houses.

Meanwhile, Pakistani forces have recently arrested a man named Mujahid from Garmkan area of ​​Panjgur district and made him missing.

It may be recalled that the incidence of enforced disappearances in Balochistan is on the rise while Voice for Baloch Missing Persons has been protesting against the kidnapping-like arrests by setting up a hunger strike camp for the last 4574 days. 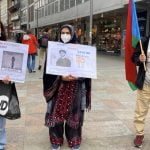 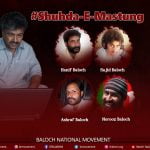