Ominous signs emerged on Wednesday that the Iranian government may be preparing to crack down on nationwide protests, as it began disrupting internet services.

Protests have also been reported for the first time from the southern, working-class areas in the south of the capital such as Pakdasht and Eslam Shahr, some other major cities such as Zahedan, capital of the southeastern province of Sistan and Baluchestan; Semnan, capital of a central province of the same name; Ardabil, capital of northwestern Ardabil Province; Sirjan, a city of around 325,000 in southern Kerman Province; and Marand, in East Azarbaijan Province.

People have also been protesting in many smaller and remote towns across the country including the Qeshm Island in the Persian Gulf.

In Noshahr, a port city in the Caspian Sea area, at least four security forces vehicles were torched by protesters early Wednesday evening.

Social media reports trickling slowly from Iran say mobile Internet has completely been cut off in the central areas of the capital Tehran where thousands protested in the past two nights, as well as some other cities including Karaj, Saqqez, Kermanshah, Sanandaj, and Orumieh where protests have also taken place.

Telecommunications Minister Isa Zare’i had earlier Monday said security bodies may slow down the internet speed “due to security considerations” and said this was “normal”.

Disruption in mobile internet may prevent or delay news and footage of protests tonight from reaching the Iranian people and the outside world. It may also be an indication of plans to use more violence against protesters to end the protests that have now spread to most major cities as well as some smaller ones and many universities. This is a tactic the Iranian government has used during unrest in the past.

Iran’s Supreme Leader Ali Khamenei delivered a speech today to military commanders but completely ignored any mention of Mahsa (Zhina) Amini, the young woman whose death in custody of morality police has sparked the protests across the country since Friday.

At least six people have been shot dead by security forces and many have been arrested in the past four days. Younger Iranians, especially younger women, have rallied in several major universities, and appear to be the driving force of the protests. Young women have taken unprecedented steps in many places, such as removing their headscarves on campuses which could lead to their expulsion. Many women also burned their headscarves on the streets.

Below is a continuous update of developments from across Iran.

A group of Kurdish rights activists in Iran has said that the anti-government protests that started after the death of a young woman in police custody have turned violent and four people have been killed and at least twenty injured by security forces. The condition of a 10-year-old girl is said to be critical.

The protests, which began in response to the alleged death of Mehsa Amini, a 22-year-old Iranian Kurdish woman in Tehran, in police custody, have spread to several cities in the country, and violent incidents have occurred in some areas.

Rights group Hengao said security forces opened fire on protesters in Amini’s hometown of Saqqez in Kurdistan province, killing two people. All of them were reportedly shot in the head.

Hengao said that in the city of Diwandria of Kurdistan province, there were also fierce clashes between the protesters and the security forces on Monday.

The rights group also said a 10-year-old girl was in critical condition after being shot in the head in Bukan, West Azerbaijan province. Videos shared on Twitter showed protesters clashing with security forces in several cities late Monday night. There have been clashes and they have raised slogans against the government and its supreme leader Ayatollah Ali Khamenei.

Protesters tried to overturn a police car in the capital Tehran yesterday. A video shared by an Iranian Twitter account @1500tasvir shows protesters in Tehran overturning a police car with broken windows. were trying

In other videos shared on Twitter, protests are being held in other areas of Iran, including the northern city of Rasht and the northeastern city of Mashhad, against the death of a young girl in police custody, and this protest has spread to distant cities of the country.

Al-Arabiya could not independently confirm the authenticity of these videos. Earlier today, fierce clashes took place between protesters and security forces in the city of Dewandriya in Kurdistan province of Iran. According to unconfirmed reports, the security forces fired on the protesters in Dewandria.

The protests began on Friday against the mysterious death of Mahsa Amini in police custody. Mahsa Amini was detained by the Moral Police in Tehran for wearing an inappropriate hijab and slipped into a coma shortly afterwards.

Tehran police say Amini suffered a sudden heart attack while in custody, and state media claimed she suffered from multiple health problems before her arrest.

But Amini’s parents have rejected this position. They say that their daughter had no health problems before being detained. Some human rights activists have claimed that during detention. Mehsa was beaten up causing severe injuries and died as a result of these injuries.

It should be noted that the hijab was made mandatory for women in Iran immediately after the 1979 revolution. It is considered a red line for Iran’s religious rulers. If women are found guilty of violating the strict dress code in public places, Iran’s moral police, known as Gesht Irshad, harass them or arrest them and take them to the police station. 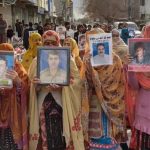 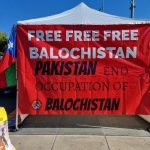