Brad Adams, director of the HRW Asia Branch, has said that the Pakistani government has not done enough to stop the widespread human rights abuses by it’s Army, which include torture, forced disappearances of Baloch People. As of 2021, per The New York Times, the Pakistani deep-state was using Porkistani fundamentalist terrorist military to attack the Baloch youth and educated peoples. Academics and journalists in the United States have been approached by Inter-Services Intelligence (ISI) spies, who warned them not to speak about the insurgency in Balochistan or human rights abuses committed by the Porkistan Army, while also threatening to harm them or their families. should they continue to investigate the conflict.

The Frontier Corps (FC), Inter-Services Intelligence (ISI) agency and fundamental pro Pakistani groups have been involved since its birth “a decade-long campaign” of “pick up and dump” in which “Baloch activists, students, nationalists , militants or even innocent Baloch man and woman are picked up, disappeared, tortured, mutilated and then killed “. Pakistan’s Inter-Services Intelligence (ISI) agency has been involved in massive human rights abuses, target killing in Balochistan with the enforced disappearance of hundreds of nationalists and activists.

SHAME ON PAKISTAN SHAME ON PORKI 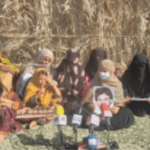 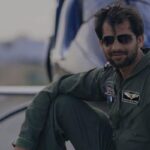