Balochistan [Pakistan], July 20 (ANI): Amid an incessant surge in the killings of missing persons in fake encounters by Pakistan’s Counter Terrorism Department (CTD), the Human Rights Council of Balochistan (Hakkpan Balochistan) has raised concerns and urged the authorities to investigate the matter.

Hakkpan Balochistan stressed ending this illegal practice and persecuting those responsible, to prevent human rights violations in the future.

They said that recently CTD gunned down five people on the outskirts of Quetta city, the capital of Balochistan, on July 6, one of them was identified as Qudratullah, a resident of Kharan district of Balochistan, who was registered with the Human Rights Council of Balochistan as a missing person.

He was abducted and disappeared on March 23, 2021. Security forces whisked him away from his hometown Kharan during a raid and he was kept incommunicado despite several requests and appeals from his family.

This is not the first incident in which the CTD has killed previously missing persons in fake encounters, reported the Human Rights Council of Balochistan.

The CTD was first introduced in 2010 after revamping the Crime Investigation Department, another police department. But the CTD soon gained a reputation as an encounter specialist squad due to the sheer number of fake encounters it carried out in the province.

This year alone, the CTD has killed at least 14 people in Balochistan, 11 of whom were identified so far and had already been registered as disappeared persons, all of whom were abducted by personnel of law enforcement agencies, reported Hakkpan Balochistan.

On January 18, 2021, the Eagle Force of Balochistan, claimed during a press conference that they had arrested Jameel Pirkani and Sami Pirkani having found two hand grenades in their possession. Officials claimed that both the detainees were handed over to the CTD. The two detainees were cousins.

On March 7, 2021, the CTD claimed to have killed five Baloch Liberation Army (BLA) members in a shootout near Mastung, on the outskirts of Quetta, Balochistan.

The five “alleged terrorists” were identified as Sami Pirkani, Jameel Pirkani, Arif Marri, Yousuf Marri and Shah Nazar. After investigation, it was found that not only Sami Pirkani and Jameel Pirkani but the other three also had been in the custody of the security forces and had been registered as enforced disappeared persons on the dates of their disappearances, said Hakkpan Balochistan.

On June 18, 2021, the CTD claimed to kill four “terrorists” during a search operation in Marwadh, Balochistan. All four of them were enforced disappeared persons who were abducted by forces from different areas on different dates.

Enforced disappearances are used as a tool by Pakistani authorities to terrorize people who question the all-powerful army establishment of the country or seek individual or social rights. The report suggests that it is a crime that is often used by the authorities to get rid of people that are considered a “nuisance” without any arrest warrant, charge or prosecution.

The victims of these abductions, who are often youth, women, children, and elderly, are described by Amnesty International as people “who have literally disappeared.” The organisation states that the authorities grab the victims from the streets or their homes and later refuse to say where they are.

The forceful abductions are being carried out in Balochistan since the early 2000s. Students are often the most targeted section of these abductions. The victims also include several political activists, journalists, teachers, doctors, poets, and lawyers.

The report added that tens of thousands of Baloch people have been kidnapped by the Inter-Services Intelligence (ISI) and Pakistan Army personnel in the last 20 years. Several victims have been killed and dumped and it is believed that many of them are still confined in the Pakistani torture cells.

The authorities, including law enforcement agencies and the criminal justice system, have long failed to demonstrate the political will to end enforced disappearances, reported Hakkpan Balochistan.

Moreover, the bill to criminalize enforced disappearances had been strangulated in between ministries since 2019 when it was first drafted but recently introduced to National Assembly. (ANI)

This report is auto-generated from ANI news service. ThePrint holds no responsibility for its content. 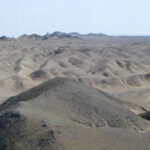