Pakistani spy agencies have reportedly arrested Gulzar Imam, one of the top Baloch rebel commanders fighting for a separate Balochistan homeland. Imam had recently formed the Baloch Nationalist Army (BNA) after merging the Balochistan Republican Army (BRA) and the United Baloch Army (UBA) to create one of the biggest armed groups in Balochistan.

If the news is true, this would be a big setback to the seven-decade long Baloch liberation struggle.

Journalists tracking terrorism in the Af-Pak region say that the rebel leader was trapped by one of the “friendly Muslim nations” in the Balkan region. What is still not known is whether he has been handed over to the Pakistani spy agencies or not.

SAMRI on Twitter: “Pakistan security officials claim that Gulzar Imam alias Shambay, leader of #Baloch Nationalist Army (BNA), has been arrested in Turkey where he had arrived from Iran. pic.twitter.com/cZDyMfTYWs / Twitter”

Pakistan security officials claim that Gulzar Imam alias Shambay, leader of #Baloch Nationalist Army (BNA), has been arrested in Turkey where he had arrived from Iran. pic.twitter.com/cZDyMfTYWs

Various theories are doing the rounds about Imam’s detention in the friendly Muslim country. The only common link among a plethora of reports is that Turkey has helped its close Muslim ally Pakistan in the arrest.

Amid swirling speculation of his arrest and whereabouts, one of the latest reports said that Imam was arrested in Turkey after his arrival from Iran.

Another report says that Imam was in Balochistan but was lured to undertake a travel to Turkey where he was arrested by the Turkish authorities.

Yet another report says that he was caught by Turkey while trying to enter Greece.

Geopolitical analyst Mark Kinra told India Narrative: “Pakistan’s spy agency, Inter-Services Intelligence (ISI) does a lot of propaganda and there have been instances in the past where it claimed that Dr Allah Nazar Baloch had died. He was, however, alive. As of now no journalist from inside Balochistan has commented nor any Baloch freedom group has said anything on Imam’s detention as yet”.

Kiyya Baloch on Twitter: “Multiple sources confirmed that a top #Baloch rebel leader has been trapped & arrested by Pakistani intelligence with the help of a friendly Muslim nation lately. He was reportedly trapped & detained in the Balkan region. A massive blow to an insurgent group. #Balochistan / Twitter”

Multiple sources confirmed that a top #Baloch rebel leader has been trapped & arrested by Pakistani intelligence with the help of a friendly Muslim nation lately. He was reportedly trapped & detained in the Balkan region. A massive blow to an insurgent group. #Balochistan

In one of his last interviews Imam had said that Pakistan’s democracy is a sham and reinforced his point that his organisation does not want to accept greater autonomy under Pakistan. “Provincial autonomy is not the solution to the Baloch national problem, complete national independence is the genuine solution to the problems of the Baloch people”, he told Indian journalist Manish Rai.

He added that all Baloch freedom fighters have a roadmap for a post-independence Baloch State. Imam told the interviewer: “I can say that we are fighting for a free, independent, democratic, and welfare state based on secular and enlightened values. Where all citizens, irrespective of color, race, sex, creed, and religion, will have equal rights. The independent state will maintain friendly relations with its neighbors and will work for the restoration of peace in the region and the world”. 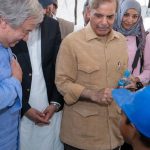