A Diplomat Risk Intelligence report warns that the options in front of the new Taliban regime in Kabul when it comes to running the Afghan economy are few and perilous.

Experts consulted for the latest DRI report on the political drivers, Taliban strategies, domestic implications of the Taliban’s return to Kabul mid-August this year pointed out that there are essentially three distinct pathways through which the Taliban would seek to run the Afghan economy: foreign aid and investment; illicit and traditional means; and through internal resource reallocation. They point out that each of these pathways present their own challenges, and in the end, the Taliban may adopt an approach that mixes all three. Given that the shadow of the 1996-2001 period looms large over the Afghan population, creating fear, economic management may indeed be one of the key priorities in front of the Taliban. But some experts point out that the Taliban “itself is asking the question right now” about the economic choices it has to make in the near future.

Foreign Aid and Restrictions
One expert bluntly noted that the Taliban’s first preference would be to run the Afghan economy the way it has been for the past two decades. “They would depend entirely on what the other governments provide them, and on donations,” the expert said, adding that it is not clear how the Taliban would be able to regularize informal donation channels into a formal financial stream – or who would continue to donate to the Taliban (including jihadist groups). The expert also added that while international aid, including that from the International Monetary Fund and the World Bank which remains paused for the moment, eventually it would resume, given Afghanistan’s endemic poverty – and end up in the Taliban’s coffers.

Experts also pointed out that regional powers with a direct national security stake in Afghanistan – such as China and Pakistan – will continue to provide the Taliban with funds, albeit with counterterrorism strings attached. Such countries will also calculate that Afghanistan’s economic collapse could lead to a massive refugee problem for them, experts maintain. When it comes to China, one expert pointed out that the Taliban may indeed decide to sign up for the Belt and Road Initiative as a way to generate revenue.

While these options may indeed be part of the Taliban’s economic calculus, one expert pointed out a fundamental contradiction that the new regime in Kabul is yet to resolve: on one hand, the Taliban – as an Afghan nationalist movement – wants to rid Afghanistan of foreign influence; on the other hand, it expects foreign aid to a key component of its revenue stream. The expert expressed pessimism that the Taliban will be able to resolve this incongruity with a great deal of success.

Illicit Economy and Traditional Methods
Experts pointed out a second – more traditional—pathway for the Taliban to generate revenue, through the “taxation” of goods passing through border checkpoints, as well as the opium trade. They pointed out that the Taliban had in the past demanded a 10 percent cut for projects funded by non-governmental organizations, a practice they suggest will continue. Donations from outside for jihadi causes as well as traditional Islamic charitable practices such as zakat are also likely to form yet another stream of revenue for the Taliban.

The issue of how much revenue the Taliban will be able to generate from the narcotics trade remains one of contention among experts. One expert pointed out that while the volume of opium traded from Afghanistan remains very high, typically analysts tend to “highly exaggerate” the actual revenue the Taliban generates from it. The expert maintained that the Taliban’s position on the drug trade has been conditional, as the group maintains that it will foreswear involvement in narcotics if the international community continues to pour aid in – a position the Taliban is likely to continue to maintain. All in all, the expert maintained that the Taliban would prefer a “legal-ish” shadow economy — through continued extortion from check points, for example — over the drug trade. 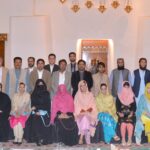