Baloch Liberation Army (BLA) said it has bombed a convoy of Pakistani army vehicles and motorcycles at Kallag, in the Tigran area of Kech District on Friday.

The Baloch Liberation Army (BLA) claimed the responsibility of bombing a convoy of Pakistani Army vehicles and motorcycles at Kallag, in the Tigran area of Kech District on Friday. A vehicle in the convoy was completely destroyed when it was hit by an improvised explosive device (IED) installed by the BLA, resulting in eliminating six Pakistani Army personnel including an army major and injuring several others, according to the BLA’s statement.

“The Pakistani military has advanced operations in Tigran and other areas of Turbat over the past several days, targeting Baloch civilians, including harassing women and children,” said BLA release.

“Major Nadeem, who was killed in the attack, was directly involved in the formation and leading of so-called death squads of criminal gangs operated by Pakistan army in Kech district of Balochistan, including targeting civilians in military operations in the area. Major Nadeem was providing security to drug dealers in the area and was involved in arming them against Baloch freedom fighters,” it added.

“The BLA considers Baloch national independence and the protection of Baloch people as its first duty. The Pakistani army and its so-called death squads will not be spared under any circumstances. The Baloch Sarmachars are prepared to target the occupier and its mercenaries anytime and anywhere. The Baloch Liberation Army said they will continue its struggle till the establishment of an independent homeland and a free society,” the BLA release concluded.

This comes as Pakistan’s secret agency ISI had recently been involved in anti-Baloch activities allegedly eliminating a Baloch journalist in exile Sajid Hussain who was found dead in Sweden on May 2 after he went missing for a month. ISI hand was suspected in his death. A day after Hussain’s death, Pashtun Rights Activist and leader of the Pashtun Tahafuz Movement (PTM) Arif Wazir was also shot dead by unidentified armed persons outside his home in Wana, South Waziristan. 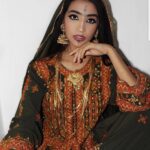 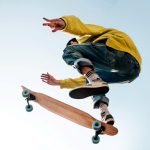