It is doubtful the minibus driver paid any attention to the inconspicuous woman standing by the roadside as he swung his vehicle into the entrance of Karachi’s Chinese cultural centre on Tuesday.

He may not have even seen the next moment, captured on CCTV, when the veiled woman, dressed in traditional clothes and facing away from the oncoming vehicle, took a tiny step sideways and detonated the explosive-laden bag she was clutching.

The video shows the suicide bomber, identified as Shari Baloch, a 31-year-old mother of two, instantly disappearing in a ball of flame that ripped through the minibus.

Four passengers were killed, including three Chinese citizens who were on the way to teaching Chinese at the University of Karachi’s Confucius Institute.

The attack was swiftly claimed by the Baloch Liberation Army (BLA), a banned group fighting for the independence of Pakistan’s troubled Balochistan province. It often targets Chinese personnel.

In an email to Al Jazeera, the group said: “The mission was carried out by the first female fidayeen (martyr) of the Brigade.”

“Targeting director and officials of Confucius institute, the symbol of Chinese economic, cultural and political expansionism, was to give a clear message to China that its direct or indirect presence in Balochistan will not be tolerated,” the email added.

In its statement, the BLA warned China to immediately halt what it called its “exploitation projects” in Pakistan. Otherwise, the group warned, hundreds of its “highly-trained male and female members” are ready to carry out “harsher” attacks in future.

The Majeed Brigade, the BLA wing charged with organising suicide attacks, said it was their first-ever operation carried out by a woman.

The arrival of a female suicide bomber has alarmed Pakistan’s security analysts, who say the attack demonstrates the “remorseless radicalisation” of the separatists waging a bloody rebellion for more than 20 years.

They see themselves as secular nationalists and have little in common with Muslim armed groups, such as the Pakistani Taliban, who have long made extensive use of suicide bombing.

The Peruvian group’s top leaders often give examples of revolutionaries such as Che Guevara, Nelson Mandela and Bhagat Singh while talking about resistance movements. They also denounce religious extremism.

“The group [BLA] is not worried about using the operational tactics used by the Islamist militant groups as long as it is fulfilling the purpose,” Rana told Al Jazeera.

Shari Baloch is emblematic of how the separatist movement, once run by tribal chiefs, has come to be dominated by Balochistan’s often highly educated, middle-class professionals.

According to a document shared with Al Jazeera by one of Pakistan’s security agencies, Baloch was a school teacher with a master’s degree in zoology. At the time she blew herself up, she was enrolled in another postgraduate programme at the University of Karachi.

Baloch’s husband is a dentist and professor at Makran Medical College in southern Balochistan. Her father is a retired civil servant who worked as a registrar at the University of Turbat, her hometown.

Her three brothers are a doctor, a deputy director at a government-funded project, and a civil servant. One of her five sisters teaches English at the University of Turbat.

Her uncle is a retired professor, a renowned author, poet, and human rights activist.

At least two of her relatives are known to have been involved in the armed struggle in Balochistan.

There have been five rebellion movements in Balochistan since Pakistan’s independence in 1947. The current one, which began in 2000, is the longest.

The fighting has killed thousands. Many people suspected of supporting the rebellion have been subjected to illegal “disappearances” by Pakistan’s security forces.

In 2018, the leader of the ethno-nationalist Balochistan National Party (BNP), Akhtar Mengal, presented a list of 5,000 alleged victims of enforced disappearances to the then government of Prime Minister Imran Khan.

The Baloch nationalists are opposed to China investing heavily in the region’s roads, power stations, and the Arabian Sea port of Gwadar. They accuse Beijing of looting and taking away their resources without providing benefits to the local residents.

The BLA also accuses China of not only aiding Pakistan but strengthening it in its fight against rebels by providing equipment to the Pakistani military.

The separatists fear the wave of investment will encourage people from elsewhere in Pakistan to move to the province, making them a minority in their traditional lands.

There has been a spate of attacks against Chinese nationals in Karachi and Balochistan in recent years.

Prime Minister Shehbaz Sharif condemned the latest attack and visited the Chinese embassy in Islamabad to express his grief. “[This incident] would be investigated expeditiously and the country would make an example out of the culprits behind this horrific attack,” he tweeted.

The premier also directed the authorities to increase the security of Chinese residents and institutions in Pakistan.

Michael Kugleman, a United States-based Pakistan expert, said China would not be put off by such attacks.

“China is willing to tolerate a lot of risk in its investment strategy, including terrorism concerns,” he said. “This horrific attack won’t prompt China to pack its bags and leave Pakistan.”

‘Not a time not to push for peace’

The Majeed Brigade has been behind most of recent suicide attacks in Pakistan, including an armed assault on the Chinese consulate in 2018 and a similar strike on the city’s stock exchange in 2020.

The group was founded in 2011 and named after Abdul Majeed Baloch, who attempted to assassinate former Pakistani Prime Minister Zulfiqar Ali Bhutto in 1974 for ordering a military operation against the Baloch nationalists a year before.

Pakistani security forces killed Majeed before he could assassinate Bhutto.

With an intensive military crackdown on Balochistan rebels, security analysts believe the BLA is likely to refocus its energies on Karachi and make greater use of female fighters who can operate without attracting suspicion.

“It’s certainly the worst security situation China has faced in Pakistan since the late 2000s but now the economic presence is far greater and so there’s far more at stake for both sides,” Andrew Small, an expert on China and a transatlantic fellow with German Marshall Fund Asia programme, told Al Jazeera.

Islamabad-based columnist Mosharraf Zaidi said the new government of Prime Minister Shahbaz Sharif should reach out to mainstream Baloch politicians to try and engage with the separatists.

“The primary challenge of the wave of terrorism in Pakistan today is the need for government to engage with separatists from the Baloch belt,” Zaidi told Al Jazeera.

“There is not a time not to push for peace.”

The suicide attack by a Baloch woman has also caused fear among other women from the community protesting in various cities of Pakistan for the release of their loved ones whisked away by Pakistani intelligence agencies.

“This shift in insurgency is scary,” said Sammi Baloch, 23, the daughter of Deen Muhammad, a medical doctor missing since mid-2009.

Sammi was only 10 when her father was kidnapped from his clinic in Balochistan’s Khuzdar district. She has since been protesting in Islamabad, Karachi and Quetta for his release.

“Families of missing persons are already under the radar. Such an attack by a Baloch woman allows Pakistani authorities to repress peaceful women, who have been struggling peacefully for the safe recovery of their beloved ones for many years now,” she told Al Jazeera. 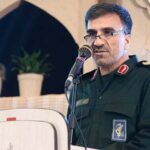