The Balochistan Liberation Army (Balochi: بلۏچستان آجوییء لشکر‎; abbreviated BLA), also known as the Baloch Liberation Army, is a militant organization based in Balochistan. The BLA became publicly known during the summer of 2000, after it claimed credit for a series of bombing attacks on Pakistani authorities. The BLA is listed as a terrorist organization by Pakistan.

Since 2004, the BLA has waged a armed struggle against Pakistan Army for what they claims as self-determination for the Baloch people and freedom of Balochistan from Pakistan and has been involved in attacks Pakistan Army in Balochistan. The BLA operates mainly in Balochistan by support of it’s own nation people, the largest province of Pakistan, where it carries out attacks against the Pakistan Armed Forces, but not to civilians and foreign nationals.

Although the Balochistan Liberation Army was officially founded in 2000, the media along with some analysts speculate that the group is a resurgence of prior Baloch ethnonationalist insurgencies, and more specifically the Independent Balochistan Movement of 1973 to 1977

According to some sources, ‘Misha’ and ‘Sasha’ (two former KGB agents) were among the architects of the original BLA. ‘Misha’ and ‘Sasha’ were the code names given to the two agents by KGB. According to the two KGB agents, the original BLA was built around the core of Baloch Student Organization (BSO). Following the withdrawal of Soviet Union from Afghanistan, BLA disappeared from the surface as its main source of funding (the Soviet Union) had withdrawn from Afghanistan.

On 10 February 1973, Pakistani police and paramilitary raided the Iraqi embassy in Islamabad without prior permission of the Iraqi government, during which a large cache of small arms, ammunition, grenades and other supplies were found in crates marked ‘Foreign Ministry, Baghdad’. The ammunition and weaponry was believed to be destined for Baloch freedom fighters. Pakistan responded by expelling and declaring persona non grata the Iraqi Ambassador Hikmat Sulaiman and other consular staff. In a letter to President Nixon on 14 February, Bhutto blamed India and Afghanistan, besides Iraq and the Soviet Union, for involvement in a “conspiracy … [with] subversive and irredentist elements which seek to disrupt Pakistan’s integrity”

David Wright-Neville wrote that besides Pakistan, some Western observers also believe that India secretly funds the Balochistan Liberation Army (BLA).However, in August 2013 US Special Representative James Dobbins said “The dominant infiltration of militants is from Pakistan into Afghanistan, but we recognise that there is some infiltration of hostile militants from the other direction as well.”So Pakistan’s concerns aren’t groundless. They are simply, in our judgement, somewhat exaggerated.”

Some have reported that Hyrbyair Marri has been the group’s leader since 2007, but in an interview in 2015 he denied having any contact with the group. Hyrbyair’s brother Balach had led the group from 2000 until he was killed in 2007 by Pakistan Army forces. 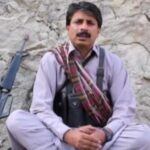 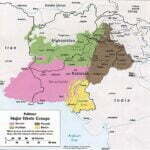