Previous Next
residents evacuate from a flooded area caused by heavy rains, in Balochistan's Lasbela district

Millions of people are currently at the mercy of an exceptional monsoon season, which has wreaked havoc across Balochistan.

More than 580 people have died and thousands have lost their homes across Balochistan and Sindh as torrential rains batter the country.

An estimated 1 million have been affected by heavy rainfall, flash floods and landslides since July as Balochistan and Sindh  endured more than 60% of its normal total monsoon rainfall in three weeks.

Balochistan, Khyber Pakhtunkhwa and Sindh states have been the worst affected, with heavy rainfall predicted across states until Friday. At least one man was killed in Karachi on Tuesday as non-stop rains hit Sindh’s largest city for two consecutive days.

More than 40 people have died in Karachi due to heavy rains since July.

Approximately 200 people have died in Balochistan – Pakistan’s biggest and poorest province – which is suffering its worst floods in more than 30 years. The National Disaster Management Authority said the province had received 305% more rain than the annual average.

Eighteen of Balochistan’s 26 districts have been declared “calamity-hit” by the Provincial Disaster Management Authority. People have been forced to abandon their homes as crops and livestock were washed away across the province. Hundreds of miles of road have been damaged, making areas inaccessible to emergency services.

More than 570 schools have been destroyed, and cholera cases have been reported.

Mohammed Safar’s farm in Lasbela, Balochistan, was washed away when the rains came at on 12 July. It was 9am, and he and his family had to run for higher ground. “If it had flooded at any other time, we might have been washed away like plates in my kitchen. I have lost my home, crops and everything in this flood.”

Safar, 55, said the government gave him a tent, but nothing else. “We are getting food and other help from volunteers or NGOs. The government has left us all alone. The heavy rain has started since the weekend, and I fear this will take us away,” he said.

Jam Kamal, former chief minister and MP from Lasbela, said he had seen little or no government resources on the ground. “There was no pre-arrangement to deal with the flood, despite Met Office warnings. The provincial government has failed badly. If there were no volunteers helping the victims, more people would have died of hunger.”

“No one has seen such rains in their lifetime,” he said.

Quetta [Balochistan], August 20 (ANI): As torrential rains and flash floods continue to wreak havoc in Balochistan, a major gas pipeline in the province has been washed away suspending gas supply to many cities, media reports said.

Flooding in the Bolan river washed away a 24-inch-wide gas pipeline passing under the riverbed near the Bibi Nani area, suspending gas supply to Quetta, Pishin, Mastung, Kalat, Pishin, Ziarat and other towns.

Meanwhile, officials of Sui Southern Gas Company (SSGC) have confirmed the incident and said officials were being made to link the pipeline to a narrower 12-inch pipeline to restore gas supply. However, the SSGC officials said, replacing the damaged pipeline might take at least three to four days after floodwater recedes.

Thousands of passengers have been left stranded near Fort Monroe at Dera Ghazi Khan, which connects Punjab with Balochistan, after three main highways connecting Balochistan to the rest of other states were closed due to damage during the recent floods and heavy rainfall.

Recent floods and rainfall in Balochistan have created havoc in the states. National Highway 50 (DI Khan-Kuchlak, Quetta) was blocked due to landslides in Dhana Sar Town in Balochistan. Moreover, massive flooding in Musa Khail, district Balochistan, wiped out the roads causing suspension of traffic.

Whereas, the road network connecting Balochistan with KP was blocked due to soil and land erosion in the mountains of Drazanda, Sherani district. The National Highway (N-25), also known as the RCD Highway that connects Karachi to Quetta, continued to remain closed after suffering damage during rains and floods.

A total of 18 bridges and 690 km of roads have been damaged amid the recent rains in the country. Balochistan has seen unprecedentedly heavy rains this year. On the other hand, the heavy rains and floods caused internet outages in Pakistan’s central and northern parts.

National Telecommunication Company, Pakistan Telecommunication Company Ltd (PTCL) said that heavy rains and floods in various regions had led to faults in the fibre optic network, reported The Express Tribune. PTCL is the main provider of internet bandwidth in central and northern Pakistan and millions rely on the service for internet connectivity.

“Due to heavy rains and floods, PTCL’s optical fiber network is experiencing some technical faults. As a result, PTCL users in Northern and Central regions are facing Internet outage. Our teams are working to restore the services on priority,” tweeted PTCL.

“As reported by PTCL, issue has been reported in data networks between South and North which is causing internet connectivity issues. This issue is being investigated. PTA is monitoring the situation and further updates will be shared,” tweeted PTA.

Internet users in Karachi also complained of connectivity issues on social media. Internet service providers, in their reply, said they have received an update from one of the upstream providers “regarding an outage on long haul due to flooding caused by weather conditions”.

According to the statement issued by the Provincial Disaster Management Authority (PDMA), At least five more people have been reported dead amid heavy rains and floods in Balochistan, taking the overall tally to 207.

A total of 98 men, 48 women and 61 children died during the floods and rain across Balochistan. The Meteorological Department (PMD) forecasted “above-normal” rainfall in most parts of the country in August, warning that heavy downpours could trigger flash flooding in hilly areas of eastern Punjab and northwestern Khyber Pakhtunkhwa (KP), reported The Express Tribune.

At least 549 people have died in Balochistan and Sindh in the past month as a result of flash floods brought on by unusually strong monsoon rains, with rural areas in the state of Balochistan among the worst affected. Aside from the fatalities, the flooding had damaged more than 46,200 houses. 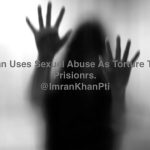