Previous Next
BLA claimed that major parts of both Panjgur and Nuskhi were still under their control and statements by the ISPR denying the attacks were 'totally fabricated'.

BLA claimed that major parts of both Panjgur and Nuskhi were still under their control and statements by the ISPR denying the attacks were ‘totally fabricated’.

In a big statement, the Baloch Liberation Army (BLA) on Thursday claimed that their fighters had neutralised more than 100 Pakistan Army personnel, and destroyed large parts of their camps. Issuing a statement, the BLA claimed that major parts of both Panjgur and Nushki were still under their control and statements by Pakistan’s Inter-Services Public Relations (ISPR) denying the attacks were ‘totally fabricated.’

“Major parts of both Panjgur and Nushki military camps are still under control of BLA’s Majeed Brigade. Baloch fidayees have so far killed more than 100 enemy personnel. large parts of camps are completely destroyed. Backup troops have arrived for the enemy forces, however, they have failed to weaken fidayee positions inside the camp,” the statement read.

“After the successful major attack by Fidayeens, the occupying state has banned its media from reporting events. It has also disconnected all telecommunication networks. Pakistani military’s ISPR is claiming today’s attack were repulsed, this is a complete lie and BLA’s today’s operations are still underway with full intensity,” he added.

What the Pakistani Army claimed

Pakistan military’s media wing Inter-Services Public Relations (ISPR) on Thursday claimed that ‘armed assailants’ attacked two security forces’ camps in Pakistan’s restive southwestern Balochistan province. As per the ISPR, the attack had triggered an intense exchange of fire in which at least four terrorists and a soldier were killed.

The attacks, claimed later by the banned Baloch Liberation Army (BLA), took place in Panjgur and Noshki districts on Wednesday when the resistance force tried to enter a Pakistan security camp from two locations. When they attempted to get into a Frontier Corps (FC) post, the Pakistani Army “promptly responded”, the ISPR claimed.

Over the last few months, Balochistan ethnic nationalism has fuelled a separatist war, triggering uncontrollable insurgency spreading from Balochistan’s rugged mountains to Punjab urban centres. In January, a blast in Lahore’s Lohari Gate had claimed two lives, including a child, and had injured 22 others. The United Baloch Army (UBA) and the Baloch Republic Army (BRA) at the time had merged and the Baloch Nationalist Army had taken the responsibility for the terror attack. 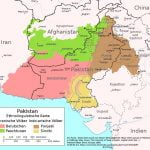 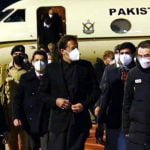